The mission of the Academic Speaker Series is to promote the intellectual environment of the College and to facilitate discussion of important issues in the community.

Please note that Fall 2021 events are for the campus community only, and not open to the public.

Cat in the Shadows: My Journey to Illuminate the Elusive Leopard
Tuesday, September 21, 2021, 7 p.m.
Brooks M. O’Brien Auditorium in the Lewis Academic Building 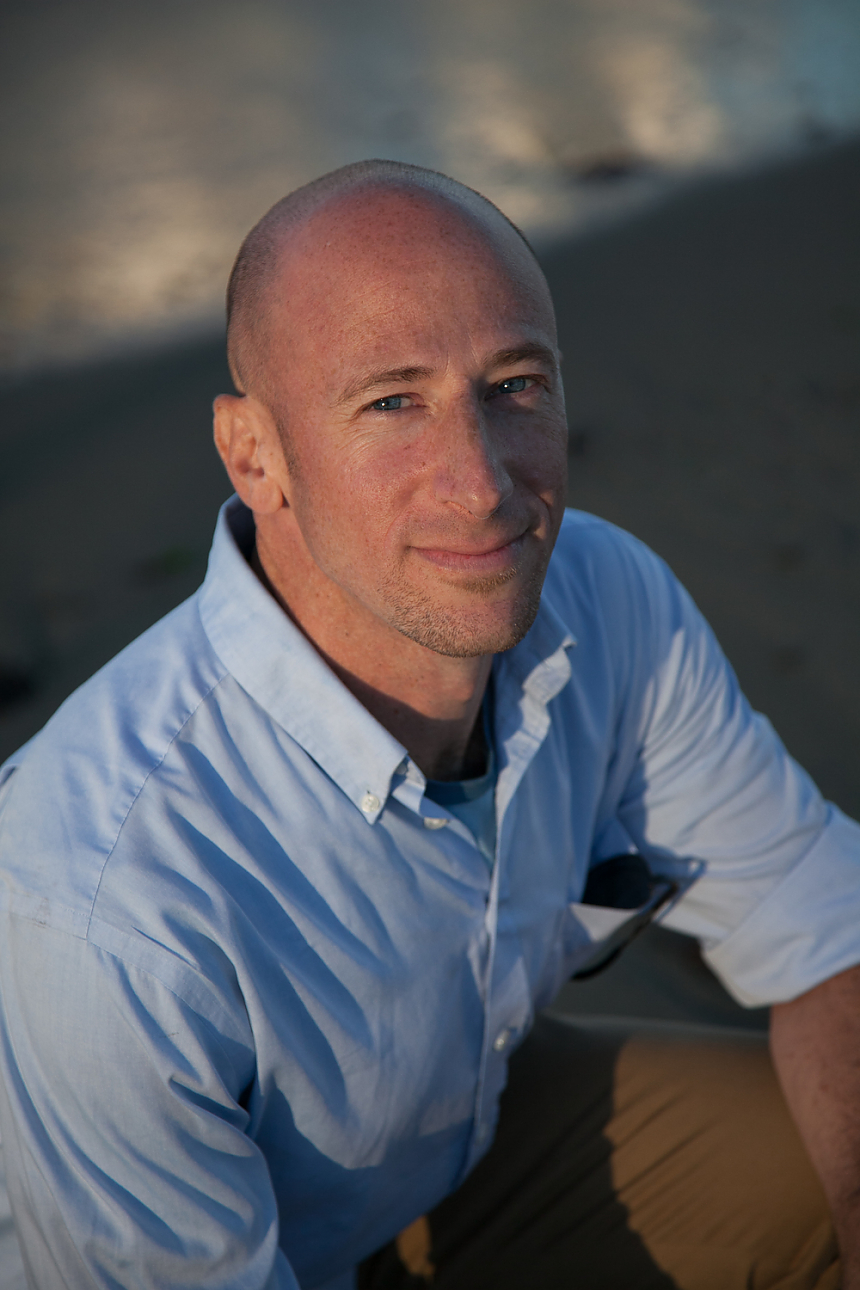 Leopards are the most widely distributed wild cat in the world and as such are extremely adaptable. Often they are assumed safe and remain in the shadow of their more imperiled cousins, the lion and tiger. Based on 20 years of study into their behavior and ecology, Stein will argue that leopards are in dire need of greater conservation protections and share lessons learned and the current status of leopards across their range and the need for conservation.

Andrew Stein has over a decade of experience studying human-carnivore conflict—from African wild dogs and lions in Kenya and Botswana to leopards and hyenas in Namibia. Since his 2001 leopard study in South Africa, Andrew has become a leader in leopard conservation, assisting in national leopard surveys and leading an international team for the IUCN Red List to assess the global status of leopard. His interests include exploring non-lethal approaches to mitigate livestock conflict with lions in Northern Botswana and wolves on Montana ranchland. Andrew has published a dozen scientific articles, organized field training courses with the Smithsonian Institution and been featured in wildlife documentaries on National Geographic Wild and BBC Wildlife. He is also a member of both the IUCN Cat Specialist Group and Hyaena Specialist Group, and the Founder and Director of CLAWS Conservancy (Communities Living Among Wildlife Sustainability). 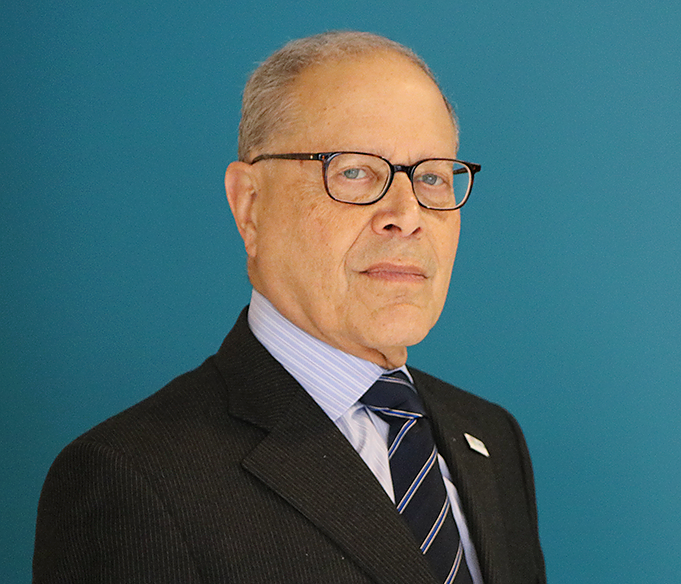 Ambassador Adrian A. Basora will describe democracy’s regression around the world since 2005, put this trend into historical context, and discuss the potential for an eventual return to the democratic advances that followed the fall of the Berlin Wall.

Ambassador Basora is a Trustee of the Foreign Policy Research Institute and Co-Chairman of its Eurasia Program and the Project on Democratic Transitions. He served as US Ambassador in Prague and worked closely with Czech and Slovak leaders during their transitions to democracy.  Prior to that, he had served at the National Security Council where he helped design the US programs of support for the post-communist transitions to democracy. Basora is the principal author of the book Does Democracy Matter? The United States and Global Democracy Support. His earlier Foreign Service career included assignments in Latin America, Romania, France and Spain, and at the State Department. He currently resides in Walpole, NH. 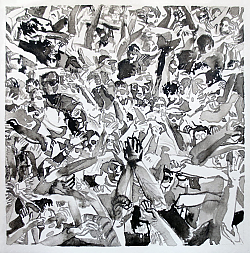 Visual artist Jessica Tam will discuss her work, including the latest series of paintings and prints, which examines the use of ecological language to create an embodied response for invisible phenomena like political currents or viruses. In her current work, Tam uses the Chinese phrase “ren shan ren hai,” or a “human mountain” and “sea of humanity” to imagine the crowd as a torrential force that is potentially powerful in both threatening and uplifting ways.

Jessica Tam creates situation-specific paintings that stem from popular sport and entertainment, and evolve into immersive fictional environments. She has exhibited nationally and received grants from the Clowes Fund at the Vermont Studio Center, the NEA at the Virginia Center for the Creative Arts, and the Al Held Foundation at the American Academy in Rome. Recently her work has been featured in The Boston Globe and Area Code, New England’s newest contemporary art fair that ran online and onsite around Greater Boston in August 2020. Images of her work live here: www.jessicajtam.com

Dying and Death in the Age of COVID-19
Tuesday, March 23, 7 p.m.
Online Presentation

Four scholars discuss research for a forthcoming book, A Plague For Our Time: Death and Dying in the Age of COVID-19.

This is an online presentation taking place on the BlueJeans Events platform. A Chrome web browser is recommended for best experience.
Click here to join on the evening of the event. 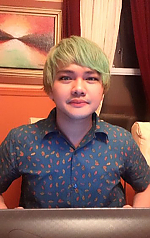 Dr. Alvarez is Postdoctoral Diversity and Innovation Scholar at the University of New Hampshire, where he teaches and conducts research in end of life communication. He is the author of the forthcoming book, The Paradox of Suicide and Creativity, and has completed a memoir, The Color of Dusk, that explores the impact of trauma on mental health, and the role of human connection in reigniting hope in the wake of a suicide attempt. His latest research has focused on suicidal persons’ use of digital technologies to co-create meaning and community. Dr. Alvarez is the recipient of numerous awards, including a top paper prize from the National Communication Association’s (NCA) Mass Communication Division, and the prestigious Paul and Daisy Soros Fellowship, awarded to 30 candidates in a national competition that attracts up to 2200 applicants annually. He previously served as Chair of the diversity steering committee at Goddard College, whose up and coming PhD in Interdisciplinary Studies program he helped create. He has taught a broad range of communication courses at the University of Massachusetts Amherst, including an advanced seminar titled, “Death in the Digital Age.” In addition to two books, Dr. Alvarez has authored more than twenty journal articles, book chapters, critical and personal essays, and feature articles for popular outlets. 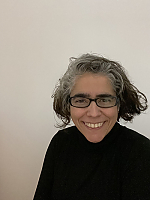 Dr. Hernández-Ojeda uses performance autoethnography to decolonize academia and critically examine her experiences of oppression and resistance as an “in-betweener”: as queer, cisgender, woman of color, diasporic scholar, and colonizer/colonized. Her current projects focus on decolonizing the Canary Islands, her homeland, from a feminist and intersectional perspective, and on youth bullying as discourse in the United States. Previously, Dr. Hernández-Ojeda launched a social entrepreneurship project, ALesWay, that offered empowering leisure for lesbian and bisexual women in Spain, and served as Coordinator of Lesbian Issues and Board Member at the Spanish Federation of Lesbians, Gays, Transsexuals and Bisexuals (FELGTB) in Madrid. More recently, as Coordinator of Faculty at Centro Universitario Internacional/ Universidad Pablo de Olavide in Seville, she supervised academic matters, coordinated 40 professors teaching more than 400 international students, and facilitated faculty’s transition to emergency remote teaching. Dr. Hernández-Ojeda is the recipient of a Top Paper Award from the Activism and Social Justice Division of NCA, and she has published her work in the International Review of Qualitative Research, and in the anthologies, Cultura, Homosexualidad y Homofobia, and Feminismos Lesbianos y Queer: Representación, Visibilidad y Políticas. 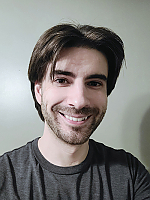 Dr. Joy holds a Ph.D. in Comparative Literature, and has taught classes in literature, composition, philosophy, and film throughout his academic career. His research has examined methods of self-representation in autobiographical films by Hollis Frampton, Andrei Tarkovsky, and Mercedes Álvarez. He has presented his work at the annual meetings of the American Comparative Literature Association and the Northeast Modern Language Association. Joy’s writing has appeared in a number of popular and academic venues, including Medium, The Atlantic, McSweeney’s Internet Tendency, Philosophy Now, Juxtapositions, and Evental Aesthetics. He is also an avid short-form poet, having published more than 130 poems in journals 15 such as Modern Haiku, Tinywords, Mayfly, Acorn, bottle rockets, The Heron’s Nest, and many others. Joy’s poetry has been nominated for a Pushcart Prize, and shortlisted for the Haiku Foundation’s Touchstone Award for Individual Poem. He has previously worked as a technical writer and editor in the engineering and technology industries, and is currently a curriculum editor in his native New Hampshire. 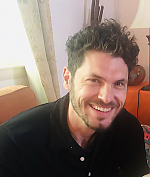 Dr. Kepes is an Assistant Professor of Communication at Landmark College in Putney, Vermont, where he teaches courses in media production, crisis communication, and interpersonal communication, and directs MiniLab, a center for digital storytelling. His most recent research has focused on racialized patterns of representation in the coverage of the opioid crisis in the Merrimack Valley region of New England. Previously, Kepes’ research brought him to Dhaka, Bangladesh, where he studied the educational uses of public computer kiosks by economically disadvantaged urban youth. His wide-ranging work has been presented at numerous professional conferences and was recently published in the edited volume, The Praxis of Social Inequality in Media: A Global Perspective. Kepes has also taught undergraduate courses in film, writing, mass communication, and public speaking at several institutions of higher learning, including the University of Hartford, UMass Amherst, Westfield State University, as well as the Connecticut prison system. He lives in Western Massachusetts with his seven-year old daughter. 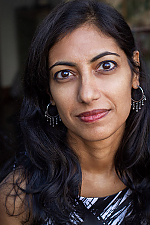 Reading from her recent memoir in which she “brings important, refreshing, and depressing observations about what it means to have dark skin and an 'exotic' name, when the only country you’ve ever lived in is America” (Toll, NPR), Shah shared her experience moving through place and time, reflecting on identity, race, and the challenges of finding voice as a woman of color in America.  Sejal also brought the perspective of neurodiversity to her experience and touched on the relationship between mental health and academia.

Sejal Shah is the author of This Is One Way to Dance (University of Georgia Press, June 2020). Her work explores race, place, belonging, and what it means to be Brown and South Asian American in a country that sees race in Black and White. Her stories and essays have appeared widely in print and online—including Brevity, Guernica, Conjunctions, the Kenyon Review, and Longreads. She has presented her work on invisible disability and neurodiversity as an invited keynote speaker at conferences at Princeton University (2019) and the University of North Carolina (2020). Sejal recently completed a story collection and is at work on a memoir about mental health. The daughter of immigrants from India and Kenya, Sejal lives in Rochester, New York. Visit http://sejal-shah.com to learn more and purchase her book.