First full day on the Isle of Eigg, Scotland

We woke to another rare day of sunshine today and took some time to orient ourselves to the island.  After speaking with some of the locals outside the Eigg shop near the pier, we learned about a Makers Market, which was scheduled to take place in the afternoon at the community hall.  The Makers Market is a regular occurrence in the summer on Eigg.  It's a place where crofters, or artisans, sell their locally sourced, hand crafted products, such as baskets, lotions, fragrances, and craft beers.  We also hiked along the coast to Massacre cave, a site that marks the culmination of a bitter feud between the MacLeod and MacDonald clans in Scotland during the 16th century.  Allegedly, the MacLeod's took revenge on the MacDonalds and the inhabitants of Eigg for wrongs they had committed against them by smothering them within the cave where they had been hiding.  All the inhabitants of Eigg perished in the massacre, and the cave became their mass grave.  Today the cave is believed to be haunted and is also no longer safe to enter due to rocks that have recently fallen inside the cave.

During class later in the evening, students discussed an essay by Paul Kingsnorth titled Life vs. the Machine, and they pondered some of the environmental issues the world faces today and is likely to face in the future.  To a great extent, the inhabitants of Eigg grapple with many of the challenges associated with attempting to live simply and sustainably in an environment that is becoming increasingly dominated by digital technology, a topic that has been at the forefront of many of the students' course readings. 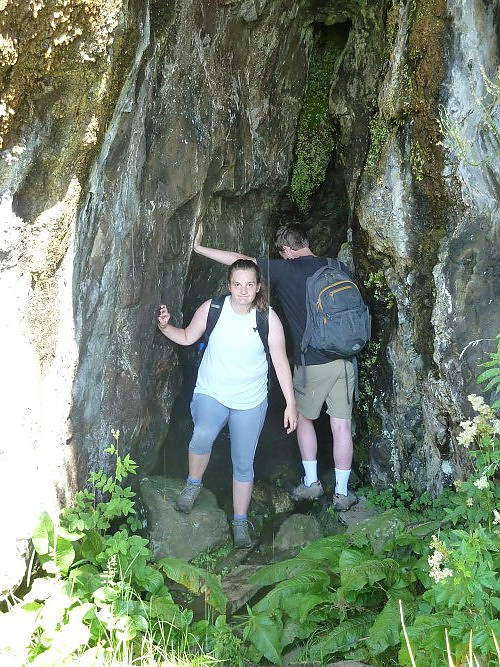 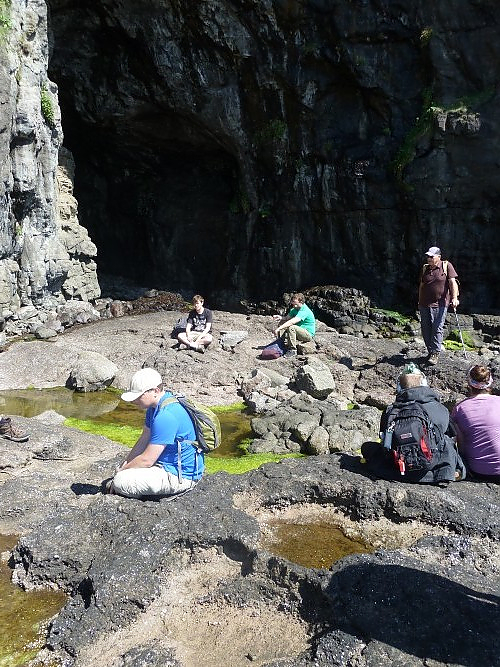 Outside cathedral cave, further along the coast line from Massacre Cave 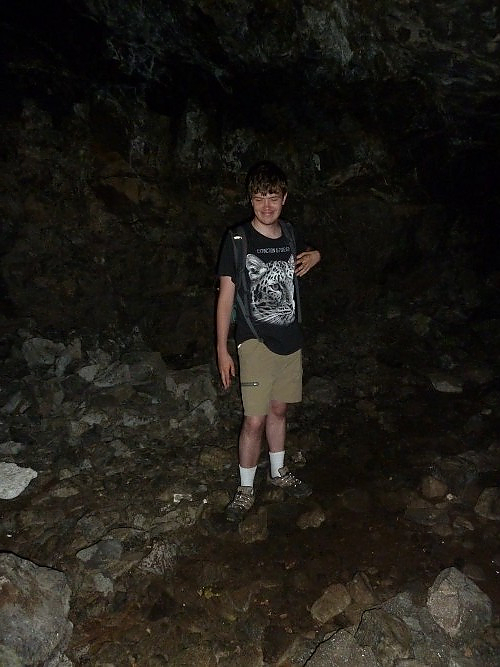 Helping out on the farm and paddling on the Salt River

Our crew hikes up to a sugar mill ruin.

Two cooking adventures at the farm.

The crew moves from the Roseway to Ridge to Reef Farm on St. Croix

Student Ryan Linkletter blogs about day 3 of the trip

A trip to Buck House

Our first class and our first performance

Settling in at Tillett Gardens and first group dinner.