The first was Clonfert Cathedral. This church was founded in the 6th century by St. Brendan, often called “St. Brendan the Navigator.” According to legend he is buried here, although no one knows for sure. St. Brendan was a monk who traveled extensively. A book he wrote about his travels has been found translated into many languages. He writes about visiting places that seem likely to be Greenland and Iceland and, many believe, Labrador in North America. This was before the Vikings even had explored the coast of North American. 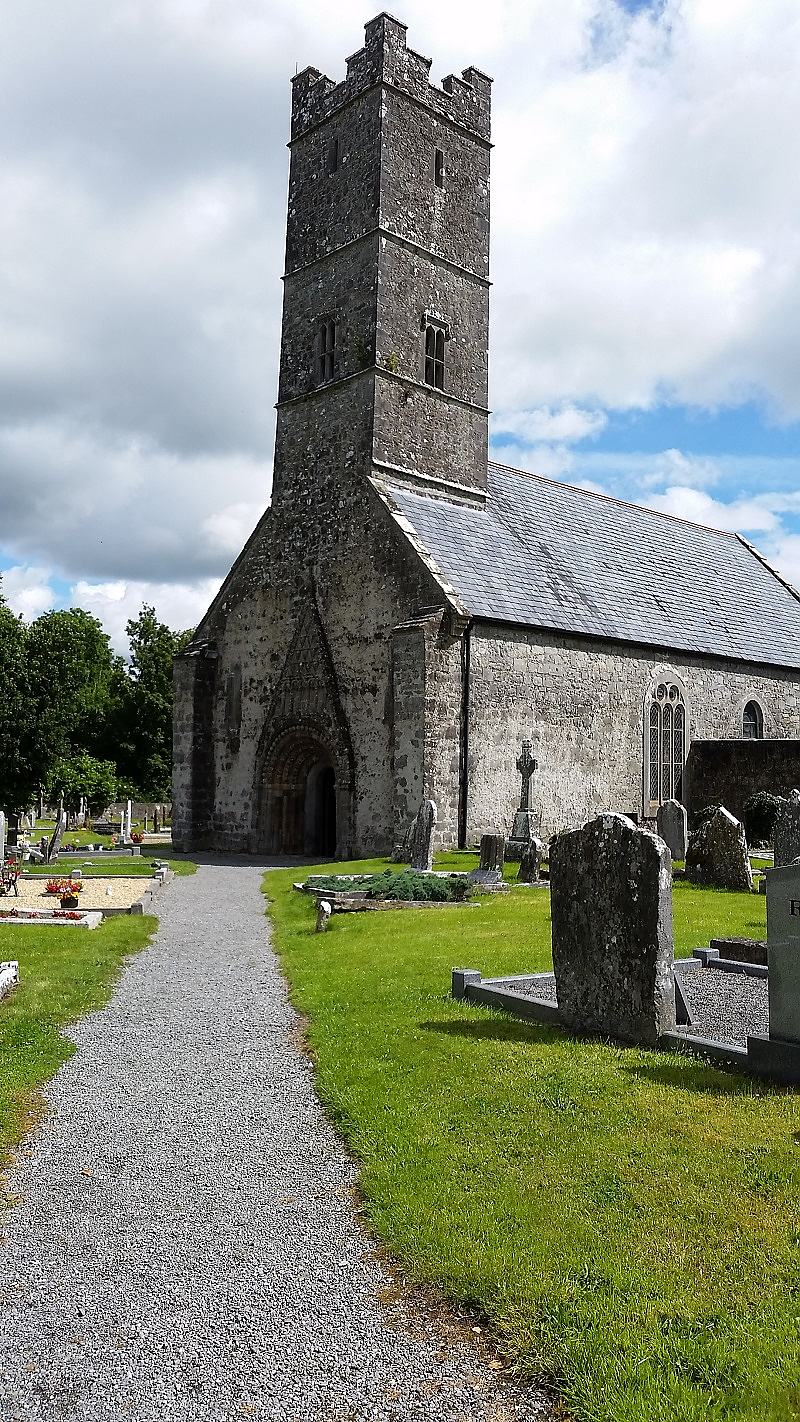 Clonfert cathedral is most well-known as an outstanding example of Irish-Romanesque architecture, and the west doorway is of particular interest, with its layers of arches and elaborate decoration. Things are repeated in patterns of 3 and 7, both numbers with religious significance. 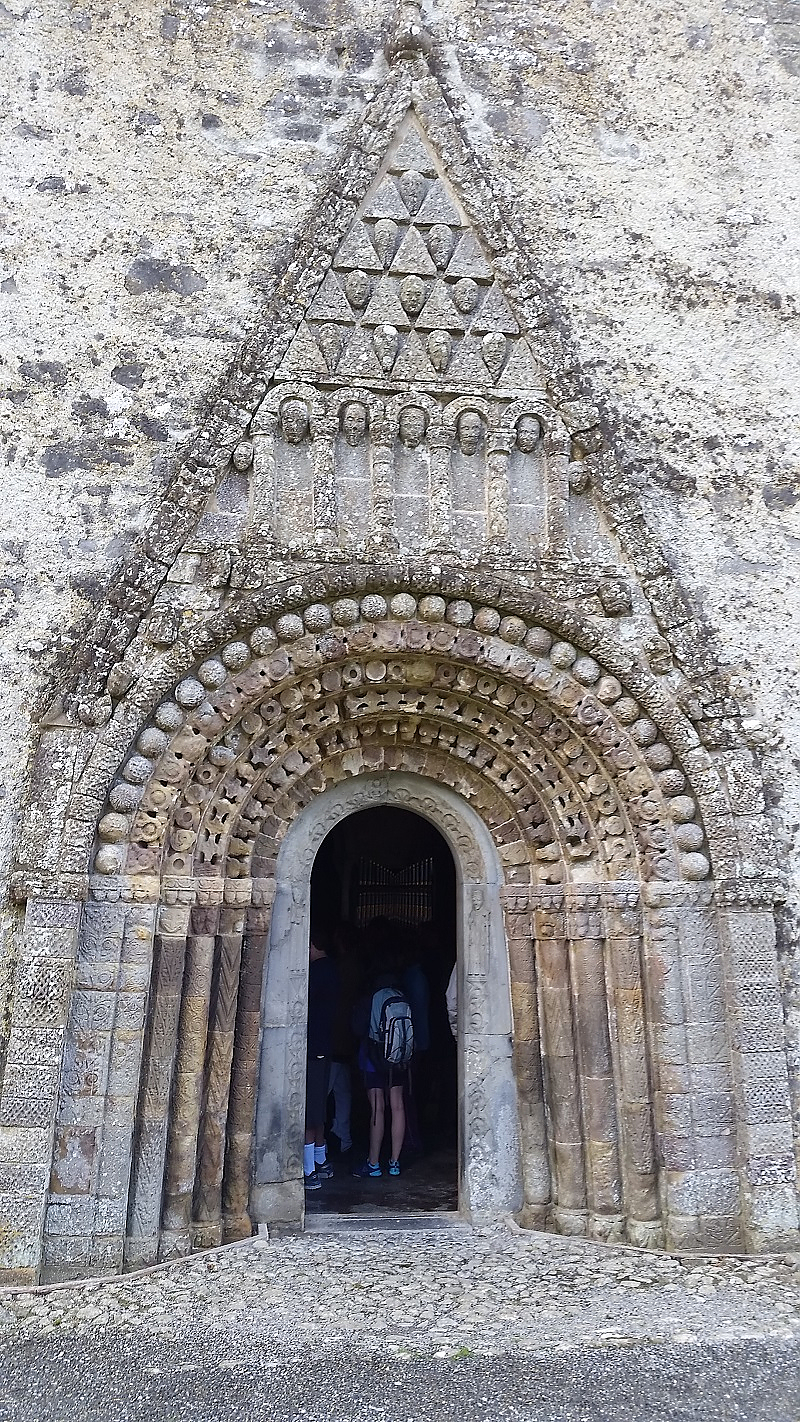 Inside, it’s interesting to see motifs not usually associated with Christianity but with seafaring journeys, such as mermaids and sea monsters. In his journals, Brendan claims to have encountered both. 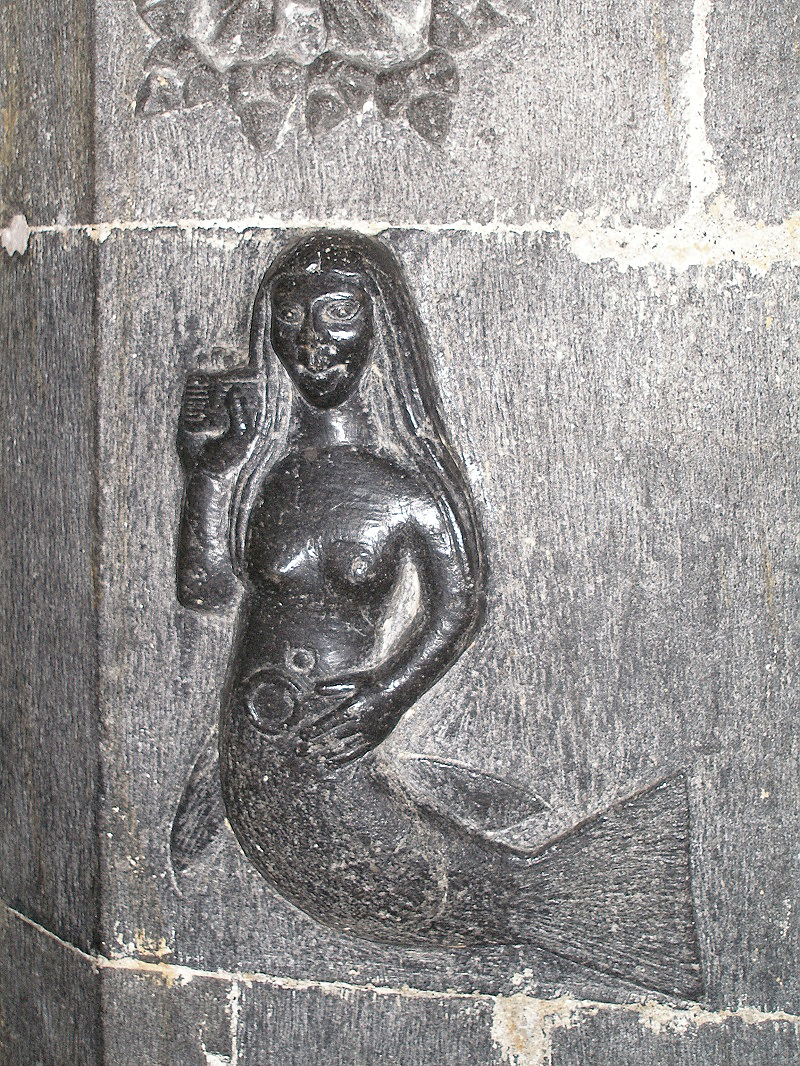 Down the road from the cathedral, along a path into the woods, we visited a very large horse chestnut tree, perhaps 150 years old, which was an example of what we’ve called in the course a “sacred space.”

It’s clear that this tree serves as some kind of special shrine or site of supplication. Dozens and dozens of objects have been placed at the base of the tree: inhalers, prescription bottles, infant objects, photos, rosaries, mass cards, articles of personal clothing. Coins and articles of jewelry have been wedged inside the tree, which in many cases has begun to grow over them. 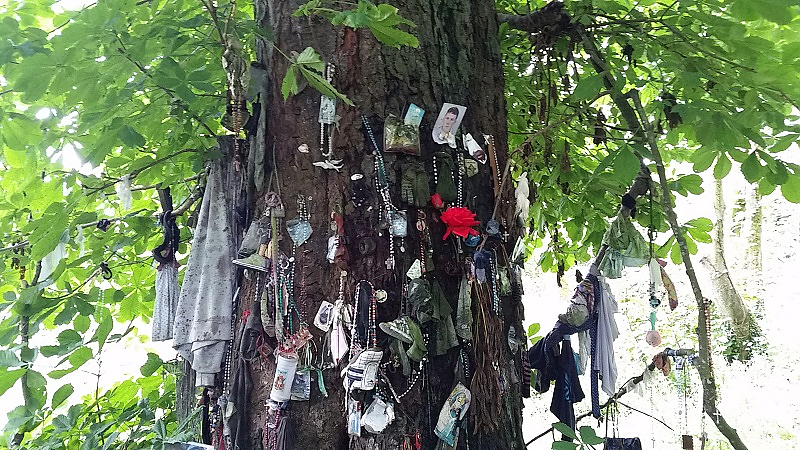 These trees are often called “fairy trees” or “wishing trees.”  This is a great example of the way that pre-Christian beliefs still hold sway in Ireland (the idea that a tree has special power) and are often integrated with more traditional religious beliefs.

We stopped for a carvery lunch at Flynns in the sleepy little town of Banagher, and everyone got plenty to eat. 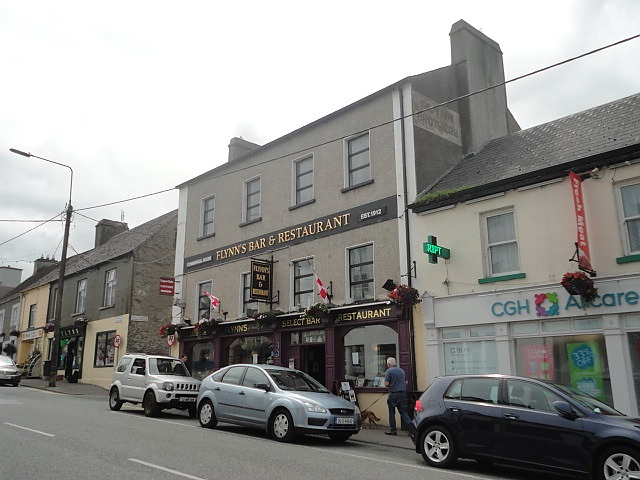 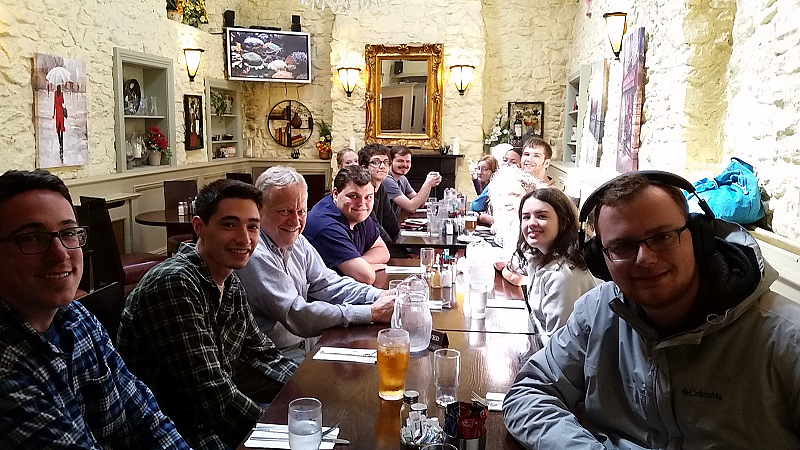 Our afternoon was spent at Clonmacnoise, one of Ireland’s most important medieval monasteries. It was established by St. Ciaran in 548 A.D. at the crossroads of Ireland in County Offaly. The river Shannon is the largest river in Ireland, running roughly north to south down the center of the country. At Clonmacnoise this is crossed east to west by the Eskar Riada, a natural raised mound of earth and gravel created by glacier movement thousands of years ago. In a wet and boggy land, this natural roadway was a major route of transportation, as was the Shannon. Between the 7th and 12th centuries monks from all over Europe came to study and work here, with as many as 300 living in this community at its peak. 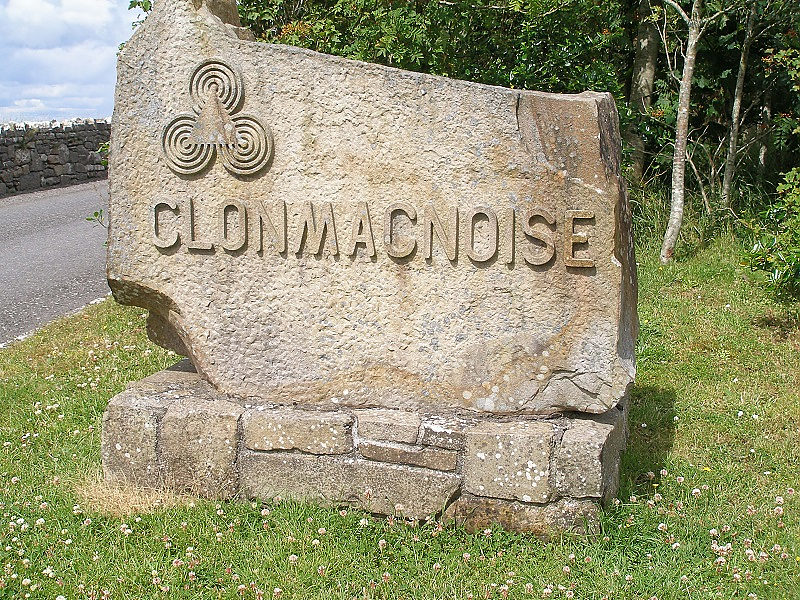 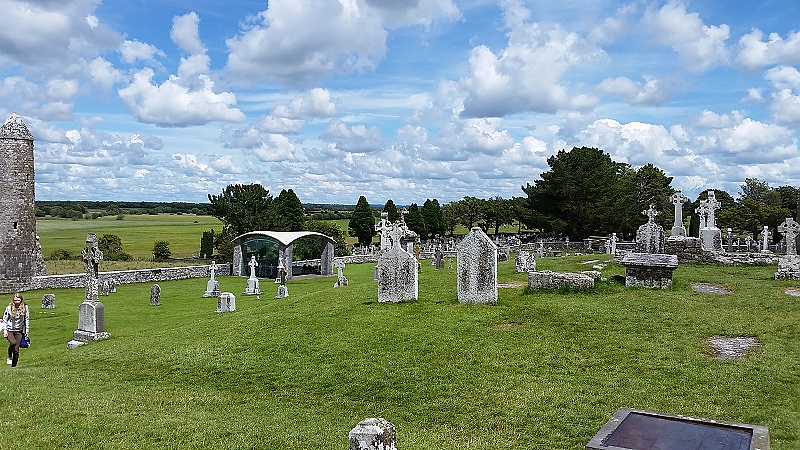 And it also has two examples of Irish round towers, built to protect valuables from Viking raids (according to one historical theory.) 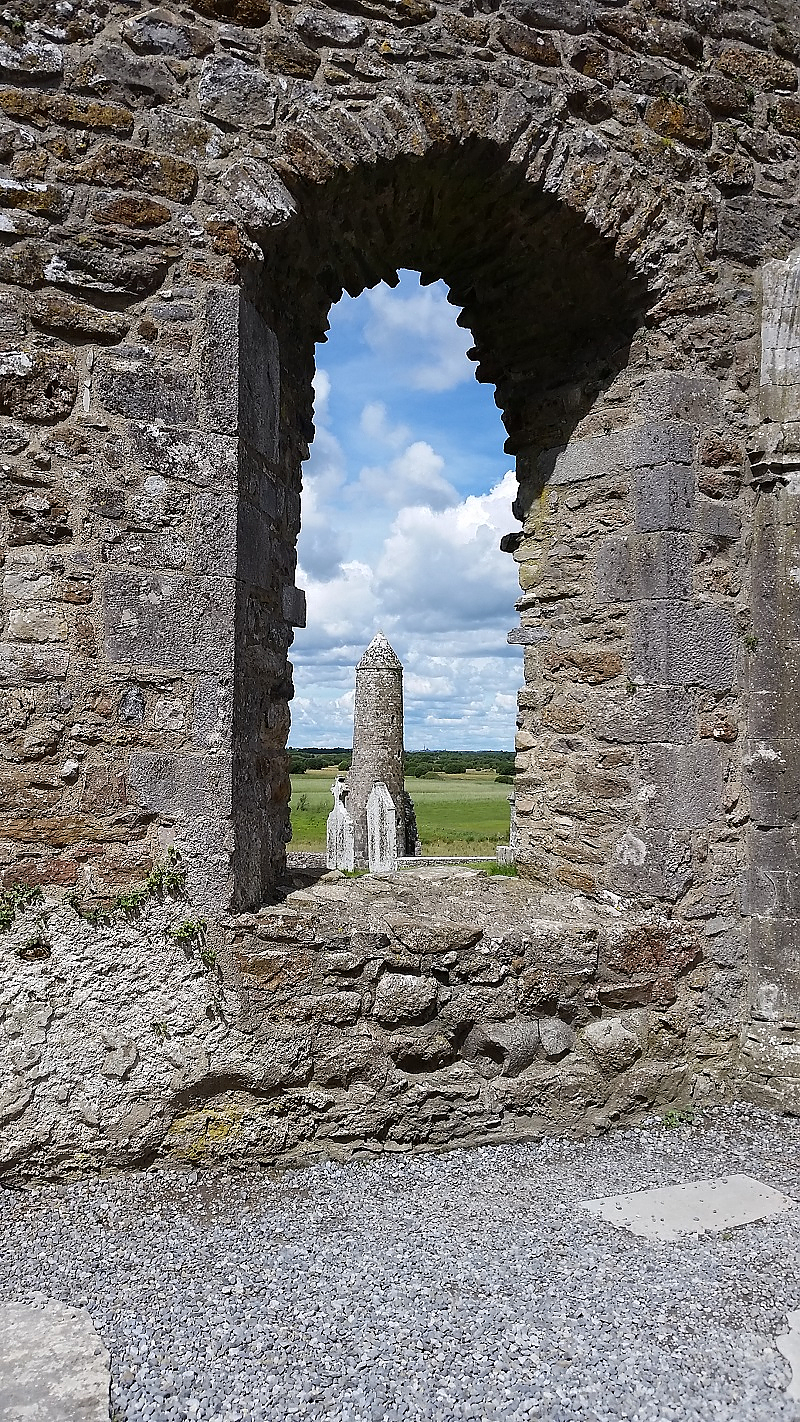 It has some of the best examples of Irish high crosses that still exist. These were built of sandstone and were used to mark the boundaries of the holy ground, as well as for storytelling and education purposes. They are covered with detailed carvings depicting stories from the Bible as well as beautiful Celtic patterning. At Conmacnoise the high crosses are such valuable artifacts, and the sandstone deteriorates so easily, that they have actually moved the original crosses indoors to a museum, and have replaced them with reproductions outdoors. After our tour the students enjoyed walking around the grounds and enjoying the fine weather.  In Ireland that means it was not raining. 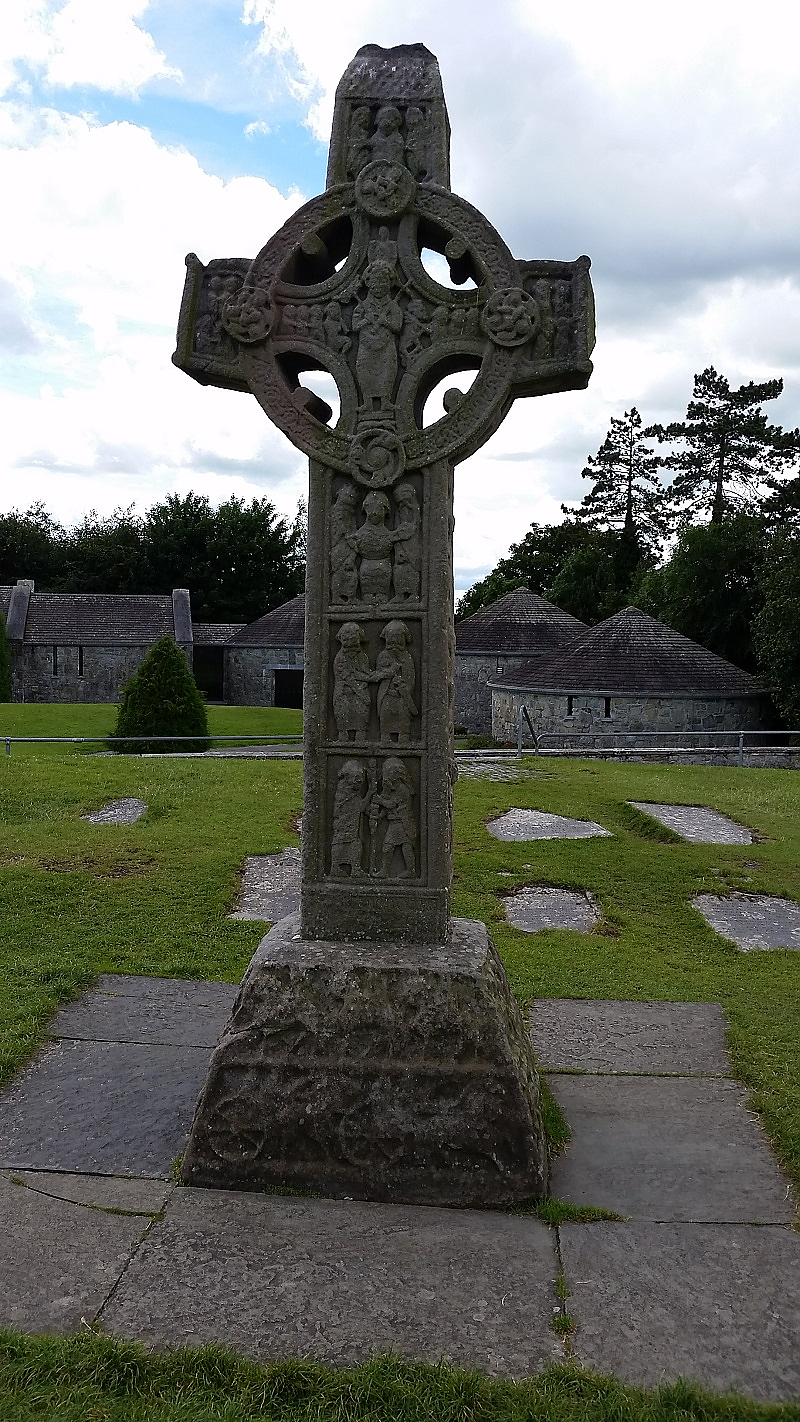 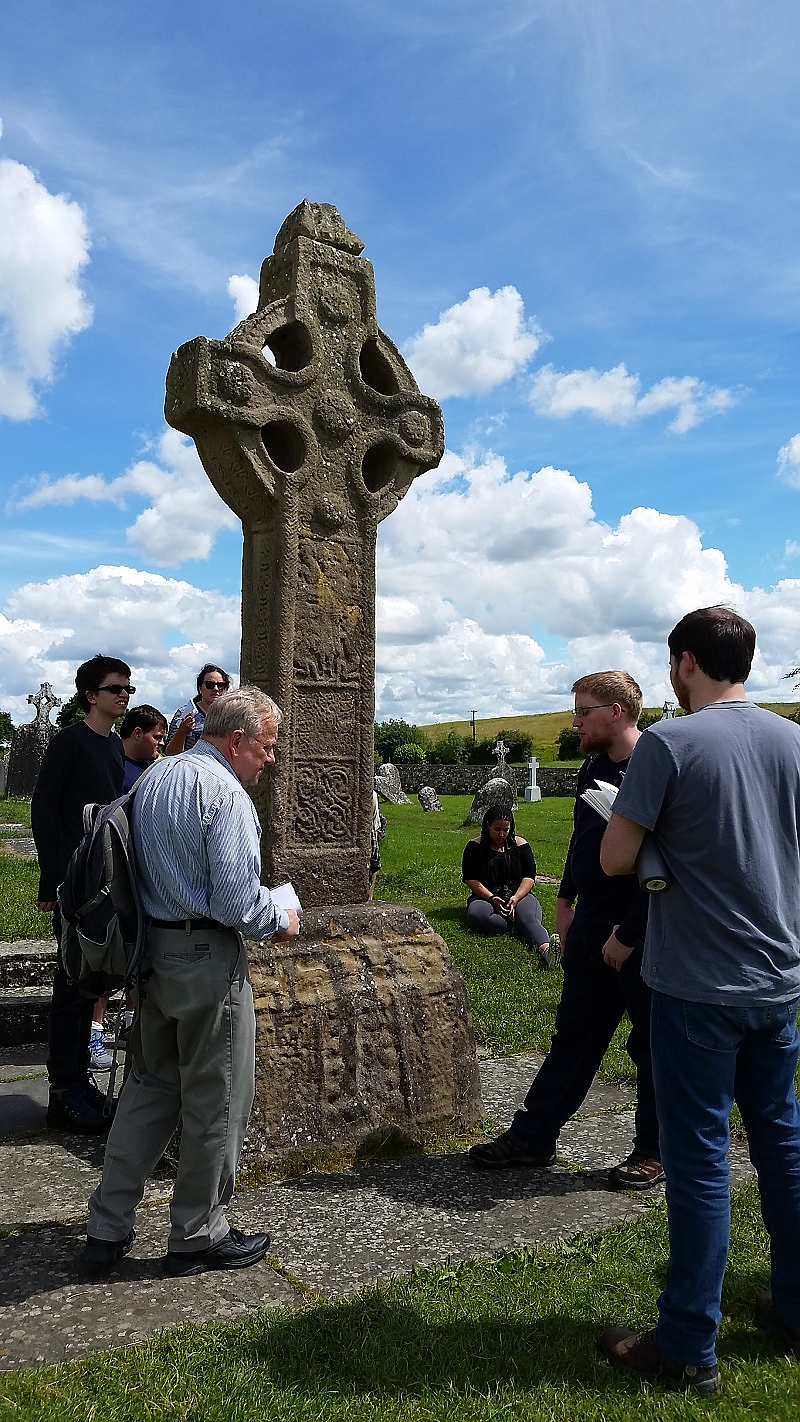 Just outside Clonmacnoise we saw the remains of an Anglo-Norman fort that had been quite effectively destroyed by Oliver Cromwell’s forces in the mid 17th century. 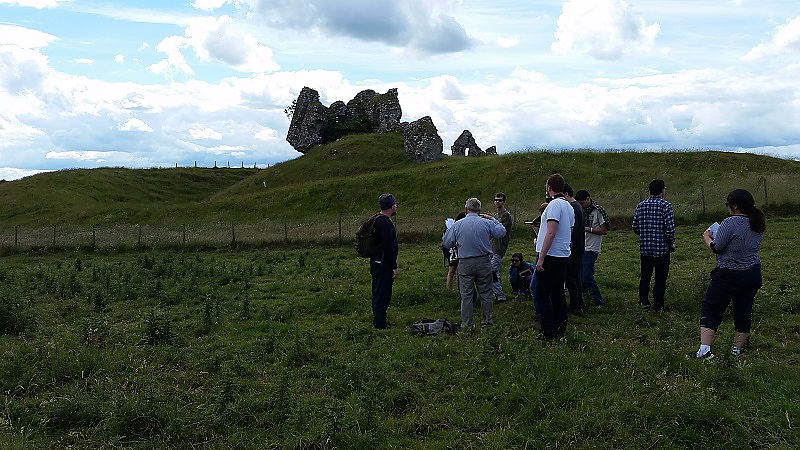 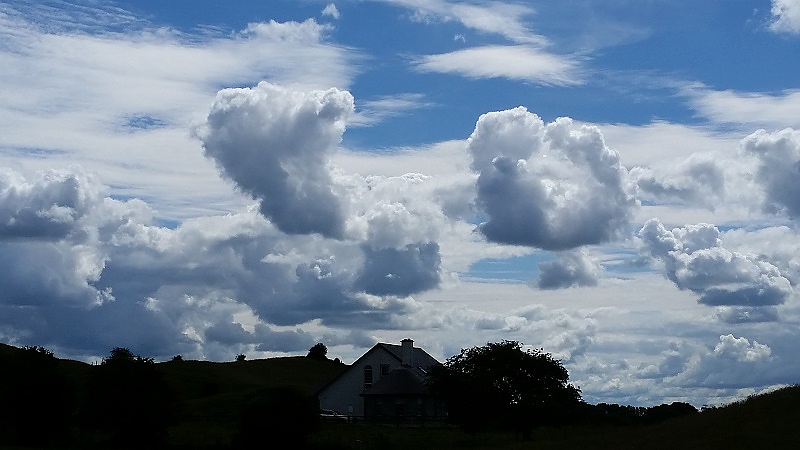