Landmark College Students Reflect on Their Experiences in Berlin

First Walk Around the Neighborhood

When we first got to Berlin, rather than jump right into classwork, we did a brisk walk of the local grocery markets and potential breakfast choices for tomorrow, and I noticed something peculiar, but at the time I brushed it off and nearly forgot about it while as a group we had some fine Italian food. The next day with jetlag washing over me, I woke early, 5:30am early, to help myself wake up and find a place for breakfast.  I went on a walk with Caroline, Sam C, Andy and Ethan. In the end though, we only ended up eating right across the street from the apartments. After class when looking for lunch I reaffirmed what I noticed previously: there was a significant lack of German restaurants but an over-abundance of other cultural choices, like Mexican and Thai places. 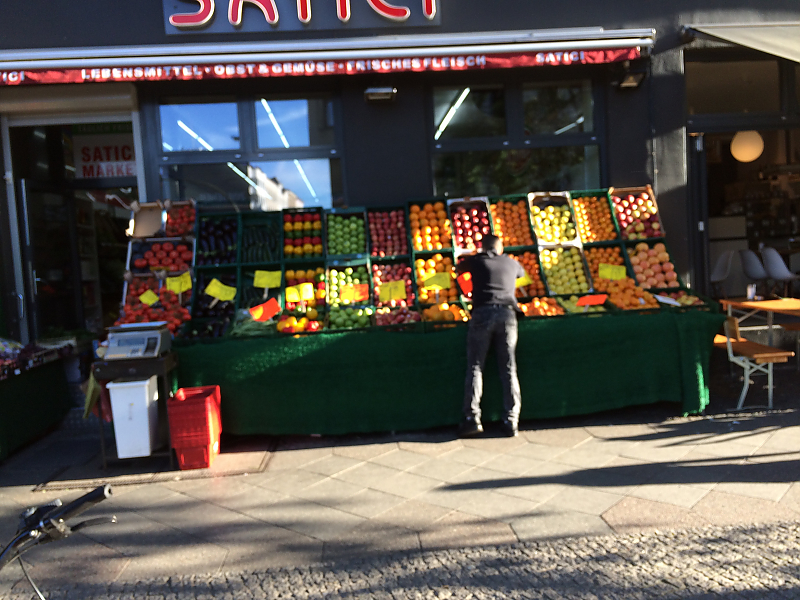 One of Our Study Tables on CIEE Campus 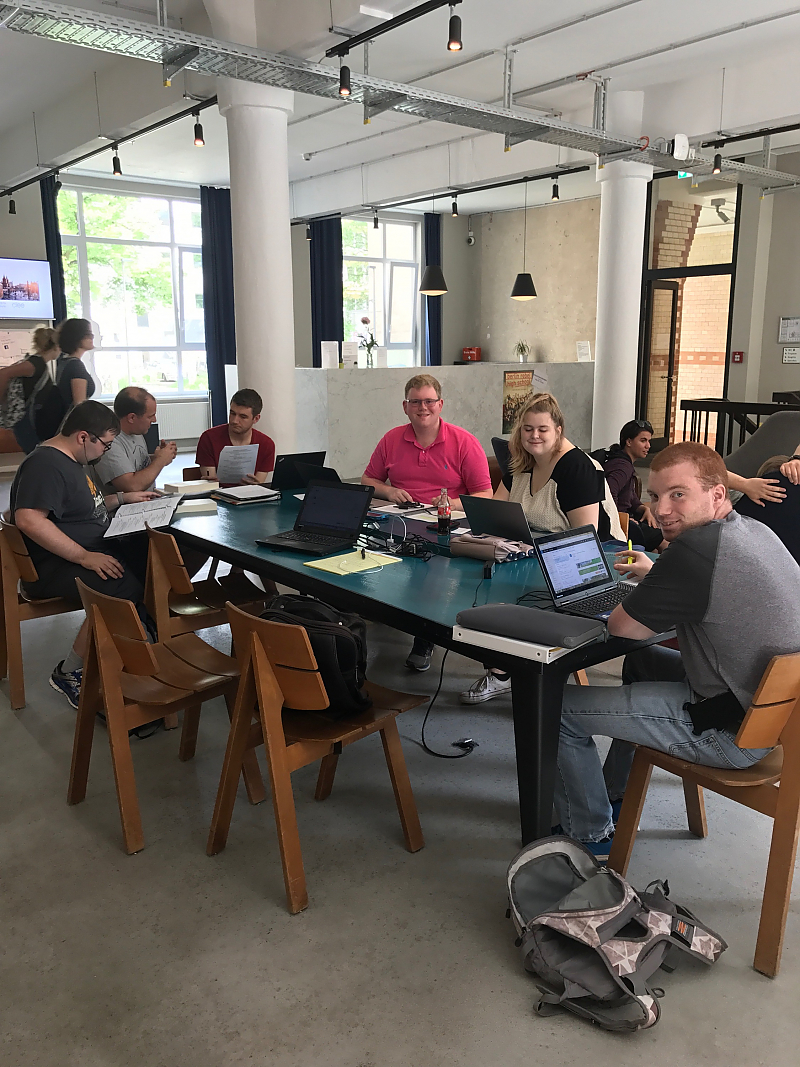 Getting Ready to Leave for Our Trip to the Olympic Stadium 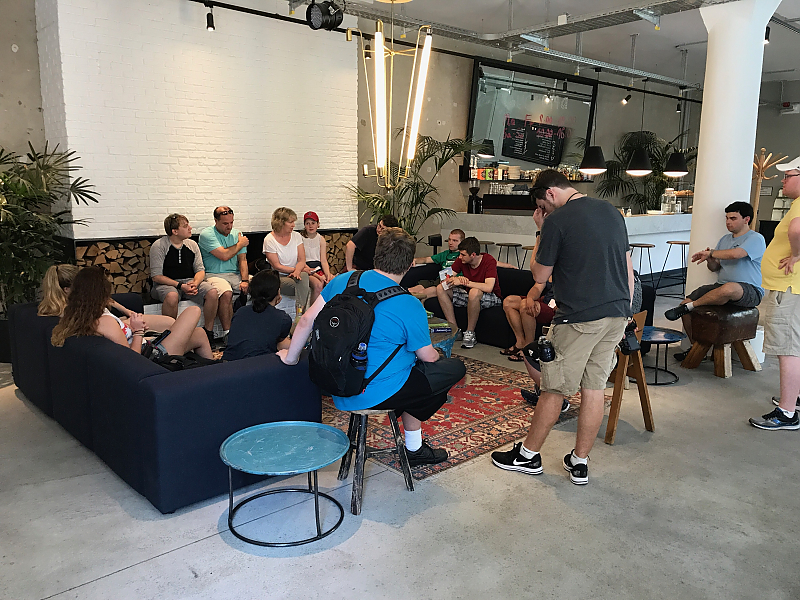 It is challenging for us and certainly for Germans even to understand Berlin’s history and identity and figure out whether or not the monuments and ruins should be preserved and why. The emotionally traumatic memories of German history, physical destruction, and renewal means that Berliners still have to make many decisions about what to build and what to preserve for the future to support Berlin’s status as the national capital of Germany and, most importantly, its historical identity.

What kind of a mind would foresee how to gain such control in so many facets of life?  And just how far did his reach go? Hitler knew how to take control, and rise up to power. He understood how to bring Germany to the same level he saw himself in. Through political, structural shifts, cultural dominance, and complete malice, he became the most memorable dictator in history. I feel his strategies despite being unmoral, are brilliant. I am eager to learn more about how he unveiled his vision. 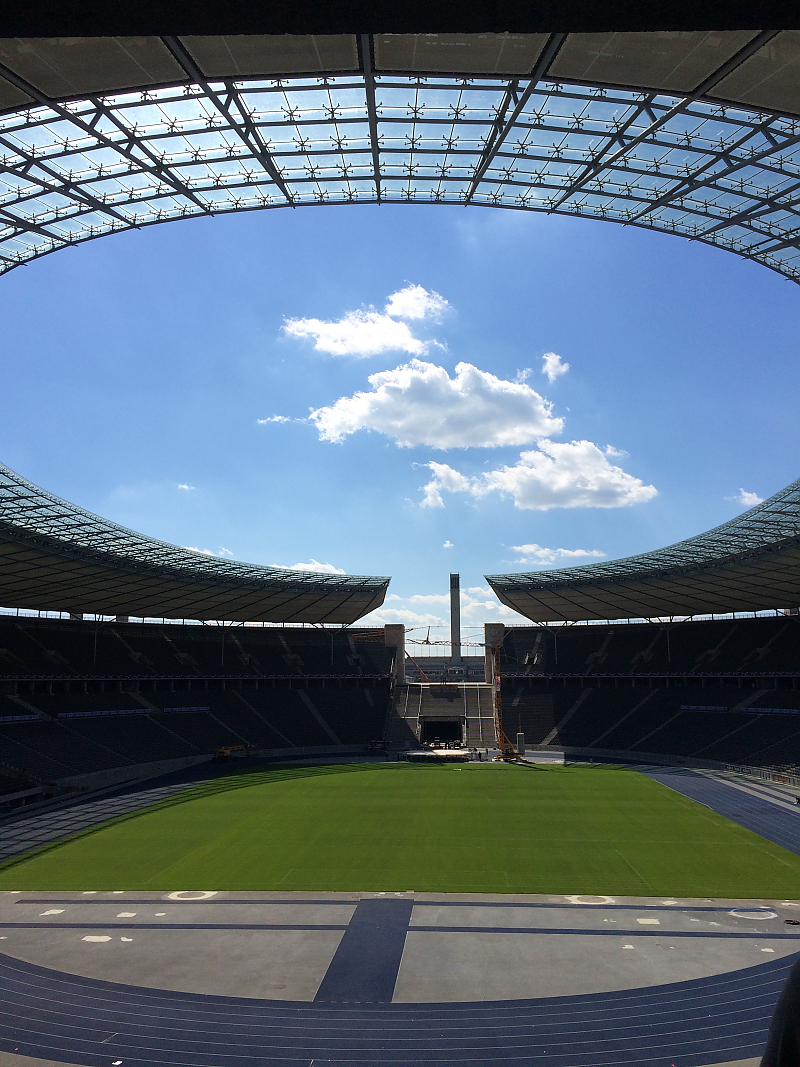 The shiny gold figure of Victoria (victory) at the top glinting from shafts of light breaking through the thunder clouds was our reward. We descended into an alcove that was built by Speer and noticed that there were many holes which appeared to be from bullets littering the wall as you headed into the structure, which makes sense if there was fighting leading down into the tunnels as they would have made a decent place to fight from. As we walked through the damp cold tunnel we found pieces of the red marble which apparently earned us an A- in this class so I’m not sure why I’m bothering to write this. The tunnel led us out and up next to the column where we could clearly see the gold painted cannons adorning the sides as well as the intricate carvings of people on the sides. From the bus, it was hard to really appreciate the size of the structure as we drove around it, but on foot it was clear this was meant as a structure of grandeur that people should see in their daily lives which leads to it being a smart choice to originally locate it outside of the Reichstag sort of like the good placement of many of the columns in England in public places with lots of foot traffic.  Its new location, while nice and fitting with the line through the park to the Brandenburg gate, is less central to foot traffic and feels relegated to a tourist attraction now. Thanks Nazis, ruining things since 1933. 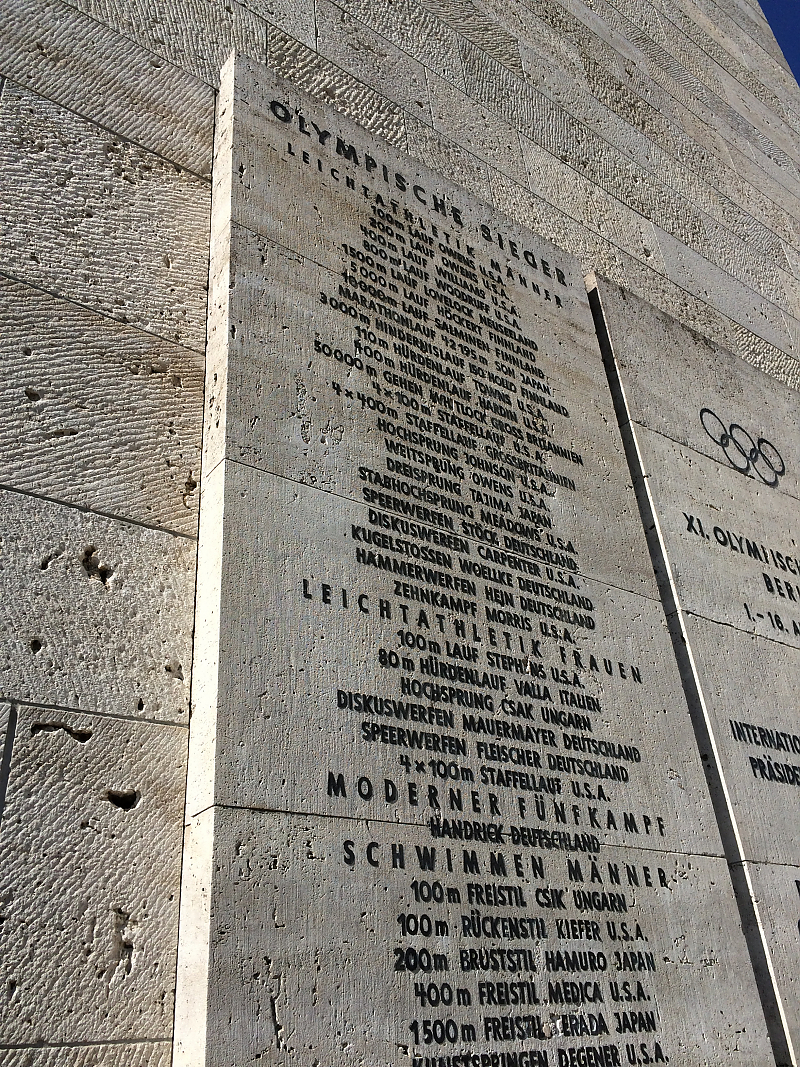 Visit to Hitler’s “Heavy, Weight-Bearing Body” or the Shwerbelastungskorper

As for our field trip to the Schwerbelastungskorper, still a mouthful to say let alone to type, I was rather surprised just how normal it seemed. In the pictures during class and the scale model of its success would have led to all gave this vibe of imposing fortitude and might but actually seeing it in person and walking in it just felt hollow like all that remained was the ghost of the effort making it. That being said, the view from the observable deck nearby that let one see all around and fully take in the magnitude and its placement gave slight chills, not just from the creaking of the platform, as I remembered the rigorous effort those forced to work must have done and how they must have been treated once they had to use actual heavy equipment like a crane under supervision. Although I don’t know for certain when they were put up but on the stairwells reaching the top of the platform, there were negative numbers indicating how far higher you had to go, however the platform itself wasn’t 0 but +2. This was probably so Speer or Hitler could see ad envision the entire lay of the land that they were looking to transform into their dreamed design.