Several students have been asking when they would get to see a real Irish castle, and last Thursday was the day.  Our first stop of the day was at Roscommon Castle, in County Roscommon. This is an Anglo-Norman castle dating from about 1300. It’s a ruin, of course, but it’s open to the public and free. It’s a great site to explore, and students enjoy trying to climb the walls and photographing themselves among all the crumbling stones. It has great examples of classic Norman drum towers. 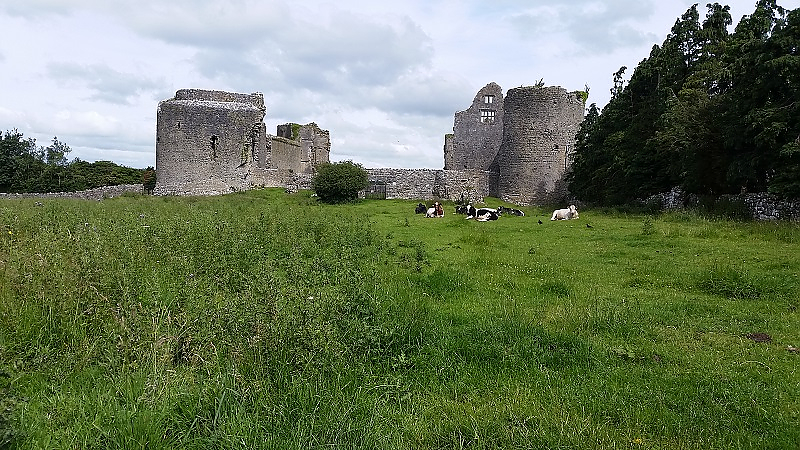 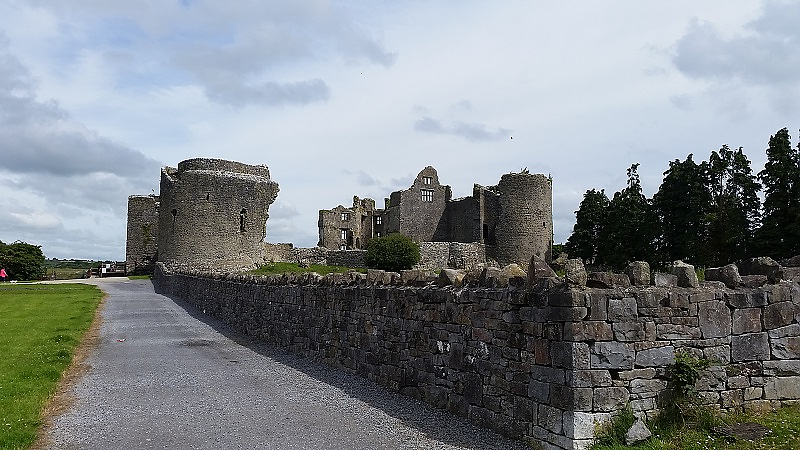 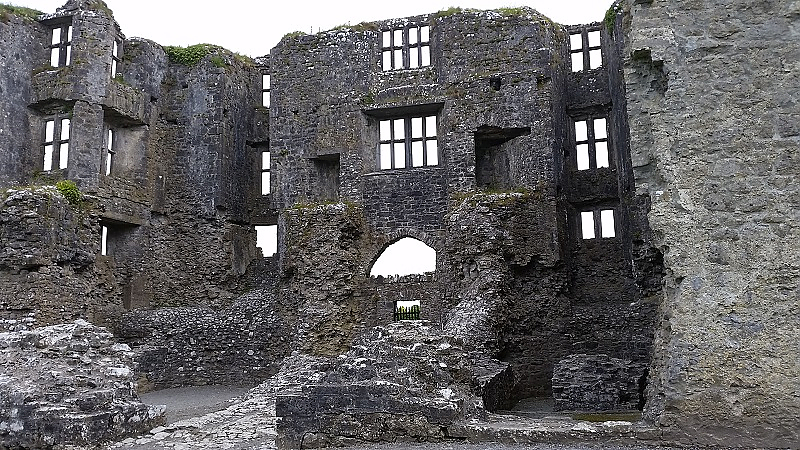 .A short drive from from Roscommon is Strokestown House, built in the 1730’s by the Mahon family, members of the Anglo-Irish ascendancy. These were people who had been sent over to England, beginning in the 1600’s, to establish plantations and farm the land. They were given large tracts of land as rewards for their loyalty and service to the British crown. They built very impressive mansions and employed dozens of servants to help maintain their upper-class lifestyle. 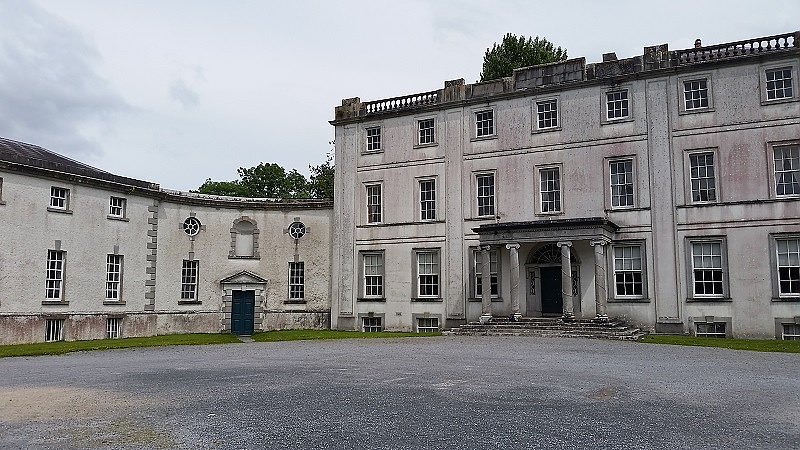 It’s important to point out that hundreds (thousands?) of Irish farmers were pushed off their own land and farms in order for these English to settle in Ireland. Many were pushed out to the west of the country, where, as we’ve seen, the land was very rocky and difficult to farm. Others were forced to rent their own land back from the Anglo-Irish and became tenant farmers. Over time the Anglo-Irish, who were almost exclusively Protestant, came to own 95% of the land in Ireland. Catholic land-ownership declined from 60% of all the land in Ireland in 1641 to just 5% in 1776, due to the establishment of these plantations and the ridiculously discriminatory laws about Catholic property ownership established by the British. 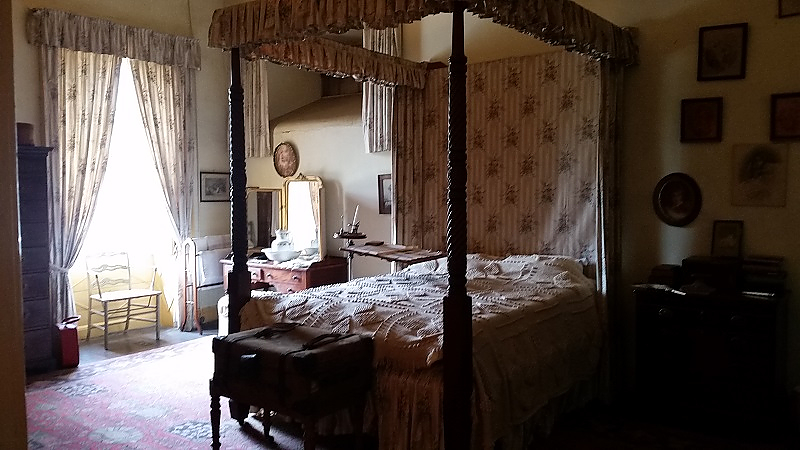 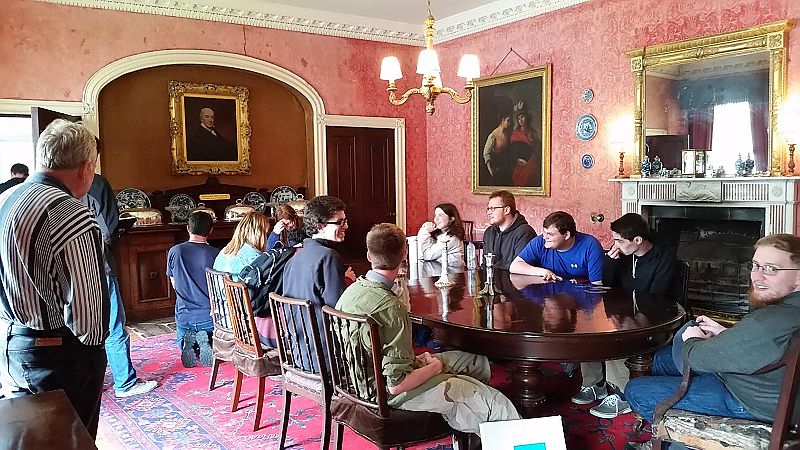 We saw several striking examples of how the landowners strove to keep their distance from their Irish servants, including the galleried kitchen. The Anglo-Irish (Protestant) lady of the house would toss down her written orders from above, so as to avoid having to actually interact with the Irish-Catholic servants working below. 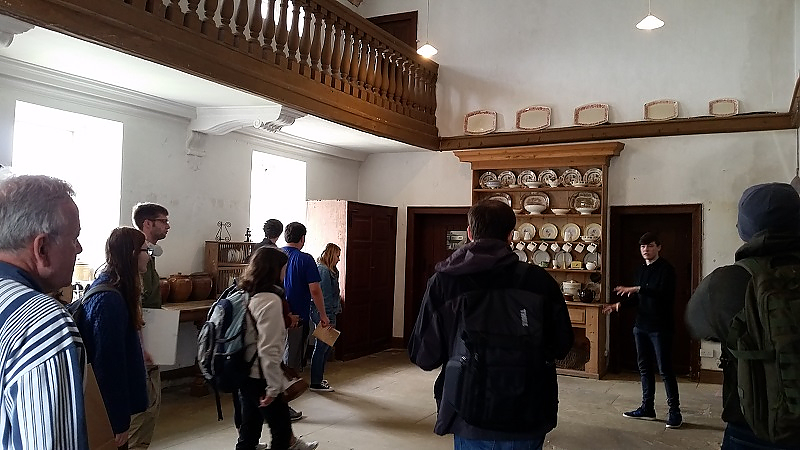 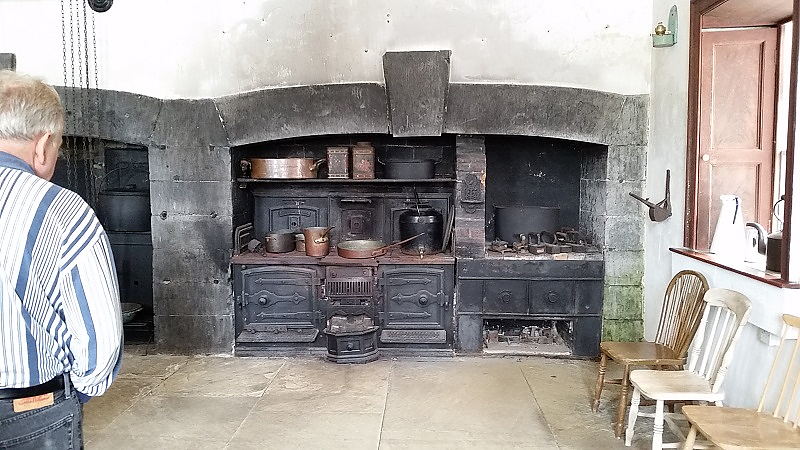 This board game in the nursery makes it clear where this family's sympathies lay. 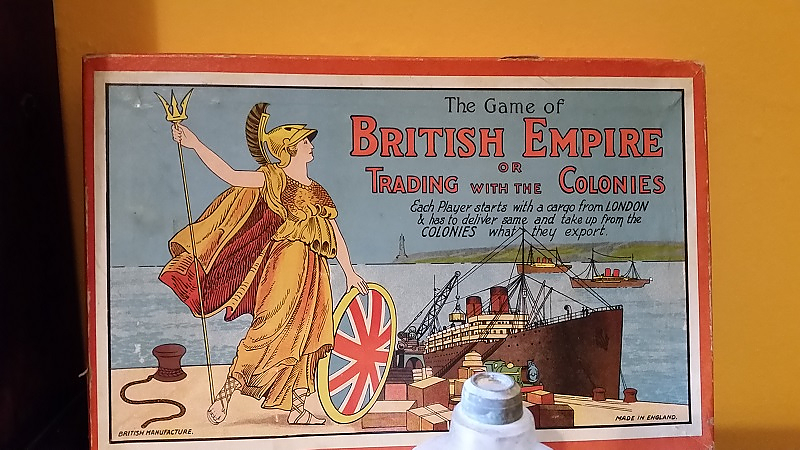 The elegance of Strokestown House provides a great counterpoint to the Famine Museum that has been established in the former outbuildings of the manor house. 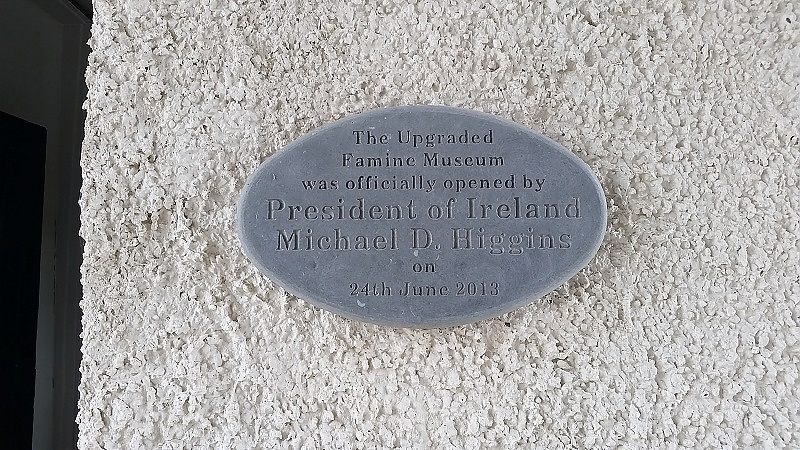 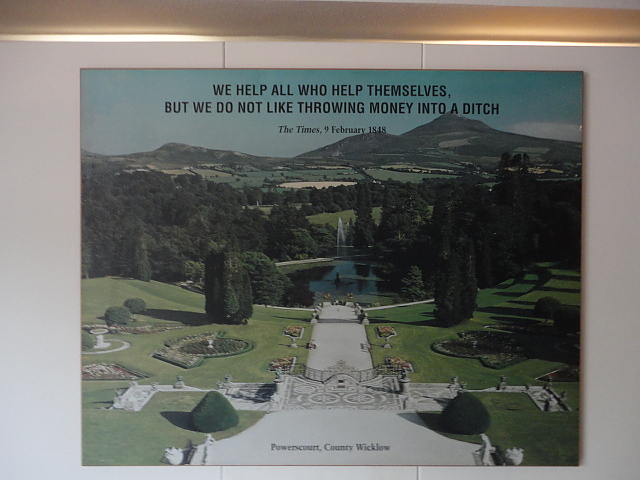 It’s important to note that the Irish refer to the potato famine of the 1840’s  as An Gorta Mor, which is Irish for “The Great Hunger.” We spent time in class talking about the difference between the words “famine” and “hunger.”  Nearly a million people died in Ireland during An Gorta Mor, but this was not because there was not food in Ireland. It just didn’t belong to the poor Irish. The Anglo-Irish continued to export food – beef, dairy products, etc. – to other countries during the famine. One Irish politician of the period, John Mitchel, is quoted as saying, “The Almighty indeed created the potato blight. The English created the famine.”   The museum displays are extensive and compelling, and the complexity of the underlying causes and the response to this famine raise important questions still relevant today.