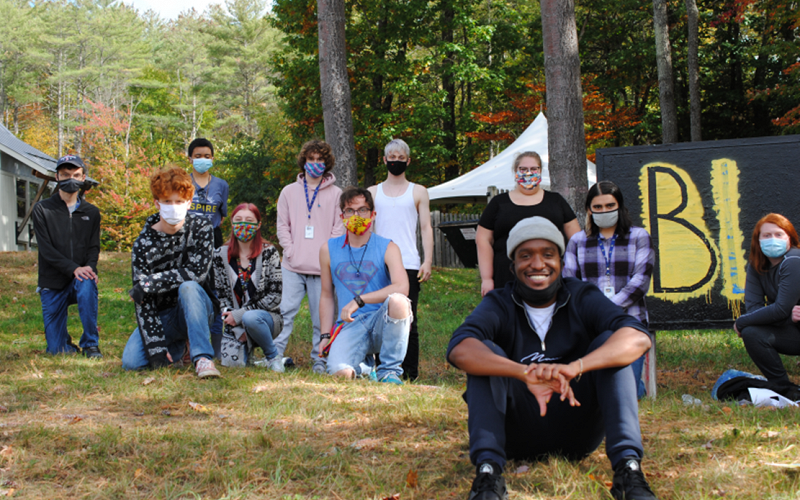 Clubs and Programs at Landmark College

Landmark College’s clubs and programming have had to shift how they operate due to the pandemic, and the guidelines that the State of Vermont has issued for interactions on college campuses regarding social distancing, room occupancy, and mask wearing.

“Some clubs are happening online, but most are operating in person,” said Emily North, the Director of Student Activities. “[Clubs] seem to be operating just as much as they were last year.”

“The only tricky part is that we can’t exceed the occupancy numbers of the rooms for club meetings,” continued North. “For instance, we can only have 17 people in the gaming room at a time. Which is difficult because on some nights we fill up and more people want to come but we don’t have the space.”

The changed guidelines have also affected other programming on campus.

The Centers for Diversity and Inclusion (CDI) have been running online programming since students left campus in March.

“Programs like Bro Talk and Girl Code had been keeping diversity programming alive throughout COVID while we were online,” said Marc Thurman, Coordinator for the Centers for Diversity and Inclusion (pictured above in foreground).

“The only difference was that we weren't able to connect the community in person as often as we usually do. That was a challenge at first,” he said. “The challenge was a good one, though, because we were able to see what we can do online and that’s another way of connecting the students.”

“I can honestly say that I believe more people want to connect to programs now more than ever because of COVID,” said Thurman. “So that’s a blessing in disguise where it only adds on to the increase of students participating in CDI programs.”

“Now that we are able to have students be virtual and in person we were able to open the coffee house Tuesday, Wednesday, and Thursday for diversity programs,” Thurman added. “Students are still showing up to programs and we’re still able to connect to the community and talk about things that are social issues that are happening in the world today.”

“Seeing new student leaders step up and be able to lead programs [has been a positive,]” he said. “We just had a program that talked about Black Lives Matter, peaceful protests, Breonna Taylor, and police brutality.”

“Seeing the room of diverse faces and different genders just being open just being able to open up on their point of view on certain things and how they connect was really something special,” he continued. He went on to say that the program in question was run by two new CDI Staff members. 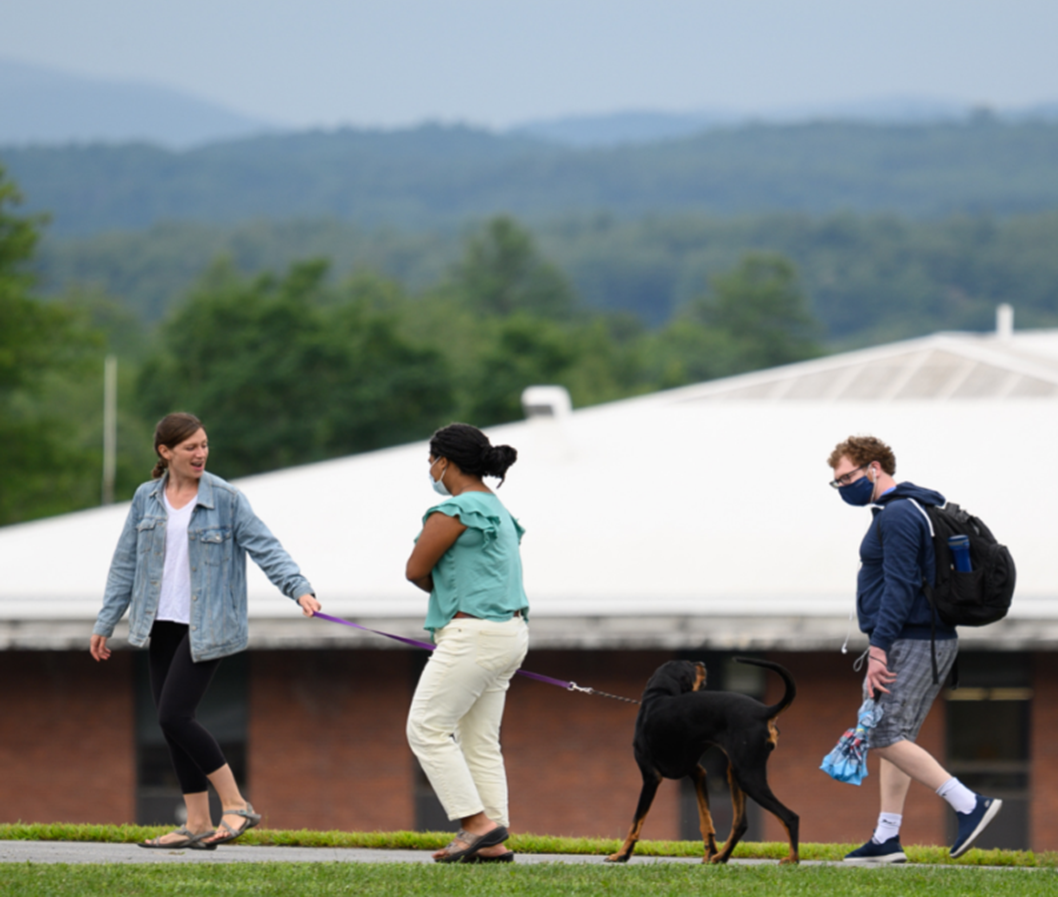 CDI has been running hybrid programming out of the coffeehouse in Stone since late September.

Another area that has been affected majorly by the pandemic has been the PEERS program - a social-skills program that is offered in many places across the country.

Sallie Banta (pictured right, holding dog leash), the Assistant Director of Social Pragmatics Support and the coordinator of PEERS at Landmark, said “It’s been complicated by the pandemic because we have a lower cap of numbers because we can only have a certain number of people in the coffeehouse safely.”

“We also have an online PEERS session for online students and our overflow students. Students who wanted to do PEERS but couldn’t fit into our classroom,” she continued. Banta also went on to say that they are not doing social pragmatics trips anymore, because she and other members can’t use the shuttles.

“We’re seeing that students are having a harder time; there are just more hurdles getting connected,” continued Banta. “There’s just fewer in person programming or at least that’s how it sounds and/or students are more hesitant to take part because of all the precautions around COVID. Students haven’t made friends as much as they have in the past.”

Whether or not students are making as many friends as they have in the past, programming has undoubtedly become more complicated, and with that, socialization has become more complex as well.