Life on Campus during COVID-19

How new safety regulations are treating those who must enforce them

As it has for many other things that were once routine, COVID-19 has turned the logistics of college boarding into a complex affair. As government mandates have changed social guidelines, so too must educational boarding guidelines be modified.

In the past, residents on campus could freely visit their friends' dorms and gather unmasked, both inside and outside of the dorms. In such a short time, this has become unthinkable.

Robert Lutz, the Resident Dean of Frost Hall, said that the workload of those in his position has increased: there have been more reports of rule-breaking due to failures to social distance or adhere to the mandatory mask-wearing mandate.

Lutz said that the best solution to the rule-breaking is education - teaching students why these rules are in place is a more effective way to handle the situation then outright punishment. To double down on the education part, Robert finds that refreshing this information is key for students to absorb it, which is why regular informative videos and hall meetings have been a successful effort from his perspective.

According to Lutz, new students for the fall of 2020 present different challenges by comparison to the new crop students last year. COVID-19 is just another layer in a series of factors that can make the transition to a new college difficult. New students must adjust to college, located in a distant land for many students, some of whom are away from home for the very first time. On top of all that pressure, they must also deal with the invisible enemy that threatens nearly every facet of normalcy.

This has caused an increase in stress for all Landmark students of course but newcomers in particular may indeed find the greatest difficulties in transitioning. This is of course at odds with the addage that Landmark was built to help students navigate through the speedbumps their learning disabilities while simultaneously adjusting to college in general, which would be stressful enough without the threat of a pandemic to contend with. With that said, Lutz believes Landmark is doing a commendable job protecting their students.

Students have also taken a different stance toward authority figures. According to RA Katlyn Brooks, students would be happy to see an RA in the past. This year however, students assume they are in trouble when an RA addresses them. COVID-19 has created somewhat of a rift between the RAs and their dorm mates. One could argue that it is not surp 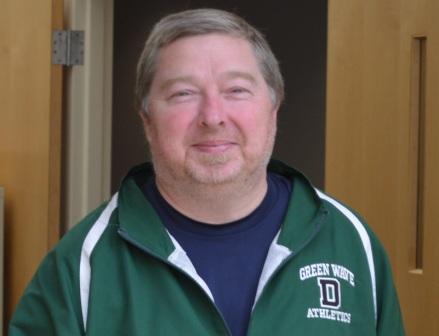 rising, considering a lot of behaviors that were considered harmless for years have now become major issues, which can now lead to some form of punishment.

Despite the impediments at hand, the majority of Resident Deans expressed hope for the future. Resident Deans John Wood (pictured right) and Fabio Arnaldo Ayala credit tools like Microsoft Teams as being a safe and powerful resource to use going forward, no matter what the future may hold, with students living on or off-campus. Both view Landmark College as being quite successful in dealing with COVID-19 so far. Despite an overall more-distanced experience, the new prohibition of ‘free-roaming’ through other halls has resulted in students interacting with their dorm mates more frequently. Through the forced isolation of the communities in each dorm, more tightly knit, localized communities are forming among residents.

For making residential life possible this year, John Wood has high praise for some of the college’s staff members in particular, stating that “hopefully, somebody gets Jeff Huyett a medal for the work he’s done in health services.” John believes that much of this school year’s success can be attributed to the efforts of Mr. Huyett, who, in addition to handling the position of Director of Health Services, also serves in an advisory role to Landmark College’s Critical Incident Response Team (CIRT). With his calm and professional way of addressing questions and concerns, Wood believes that if anything on campus is working from a health safety perspective, Huyett should receive some credit for it. 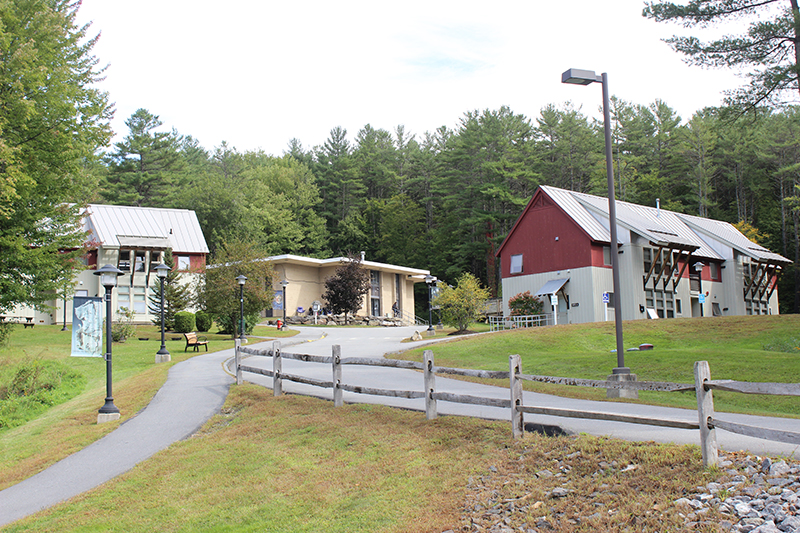 Another issue, which is perhaps less known about, concerns the logistical disadvantages that befall the Chumley and Bridges residential complexes (pictured left). One problematic aspect is that due to the way distancing is regulated, students in standard housing cannot visit these dorms, and in the case of new students, they will have no idea what premium housing is like at Landmark. Wood believes, that in order to maintain desire for the more expensive, premium housing, the college could provide videos to show people what life in Chumley and Bridges looks like. On the flip side of this, an additional conundrum that arises is that because of the current isolation procedures and given the very small amount of students in each Bridge or Chumley building, those living in these quarters get to socialize with far fewer residents than those in the traditional dorms, thus denying them the full residential experience.

Ayala points out that he has noticed quite an adaptation from not just core college operations but also the extracurricular community programming that is offered. A lot of the programming and events have moved outdoors. For example, movie screenings have largely become and outdoor affair. Ayala thinks the community has taken well to the new rules and regulations in general. Questions remain about whether all modifications will rescind once COVID-19 is finally in the rearview mirror. Not all changes have been negative, as Fabio thinks that meeting online should become a permanent option, simply due to its convenience.

Fabio also had some praise to share, specifically naming the efforts of President Peter Eden. He was especially happy that the president was covering all the bases. Planning for prevention and damage control, worst-case scenarios, etc. To Fabio Ayala, the president had left no stone unturned leading up to this semester. True leadership is taking the situation seriously and addressing all the dangers as well as possible.

The overall view is one of hope, success, and optimism. The residents of the college have, at times been desperate for an air of freedom thanks to restrictions created by the COVID-19 situation. But as time passes and the school adapts, things become more bearable as they become the new norm. Hopefully, the end of our collective COVID-19 nightmare will prove to be sooner than later so things can go back to normal. Until then, the Landmark’s residents will continue to adapt to, and cope with the restrictions. But even with the radical (but necessary) metamorphoses we have all endured, it would appear future seems brighter than expected.