The “Next Stage” of Art 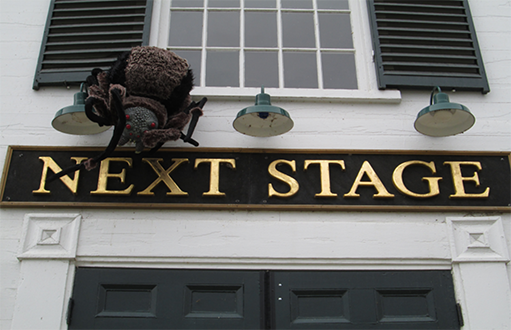 Through pain and strife, greatness is born

Next Stage, an arts company in the middle of downtown Putney, is no stranger to tragedy. In fact, its past is checkered with it.  Yet despite, or maybe because of said tragedy, it was born and continues to prevail. If that is to be believed, through the tragedy of COVID-19, Next Stage will be born anew. It seems that through pain and strife, greatness is born.

There was not always a Next Stage. As a matter of fact, the very idea of Next Stage was not a reality before 2010. Next Stage attributes its founding to the same collaboration that occurred between the Putney community and the Putney Historical Society in the wake of the two suspected acts of arson that destroyed the neighboring Putney General Store twice in two years.

Coupled with additional fallout from the Great Recession of 2009 and 2010, there was a collective interest in restoring and repurposing historic buildings during this period as vacant store fronts threatened to outnumber active ones. Settling on the vacant church in the center of town, it was at this time that local artists, in association with the Sand Glass Theater next door, came together to create what became Next Stage. But it was not smooth sailing from there; more pain was to come.

There would be two further trials, before COVID-19, of course. Damages from hurricane Irene and lasting effects of the national recession would prove troublesome for the initiative. After each setback, there was nothing left to do but rebuild. As a result of the efforts of many artists and Putney locals, and despite numerous setbacks, Next Stage was born. Housed within the newly renovated church on Kimball Hill, it is designed to be a place for entertainment to flourish and bring notice to Putney. Their projects typically range from films and musical performances, to spoken work and plays. 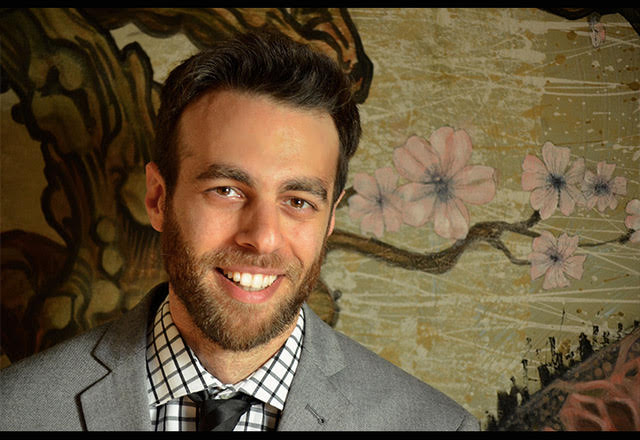 Shortly before COVID-19 a new Executive Director for Next Stage was chosen. Moving from Jacksonville, Florida, Co-founder and Executive Director of Avant Curious Music for Curious Minds, Keith Marks came to the helm of the company. Marks (pictured right) says his previous work in the field qualified him for the Next Stage position since his previous group was just as creative if not more.

At Avant, the group took over art galleries and related presentations at the Museum of Science and History, affectionately known as MOSH in Jacksonville, Florida. With Marks in the fold, they used the dome inside the museum and built animations for the 360-degree projectors and hired musicians to accompany the presentation of said animations with their music. Such accomplishments bolstered Marks’ resume and ultimately brought him to the leadership position he now holds at Next Stage.

Unfortunately, just five weeks into Marks’ Next Stage tenure, COVID-19 brought the company (along with much of the economy) to a grinding halt. In response, Next Stage had no choice but to shut down. The first step in recovery was to secure some funds, after which they could try and adapt to the problem. This was partially achieved by reaching out to the community for help. At first, operations were just online with things like Quarantine Sessions and Cooped Up Kids, a series of videos meant to keep art and entertainment alive during initial isolation early in the pandemic. They eventually moved on to also hold socially distant outdoor concerts. Keith and Next Stage were determined to keep people engaged during COVID-19.

However, it seems Next Stage was already in trouble before the COVID-19 situation. “Over the past few years, it seems like the organization has lost its verve in the community,” Marks stated. However, through the current situation, things have been turning around for the better. Keith says he spoke with one woman who runs a local art organization and over the years she recounted having forgotten about Next Stage until the new changes started making a splash in Putney’s art community. 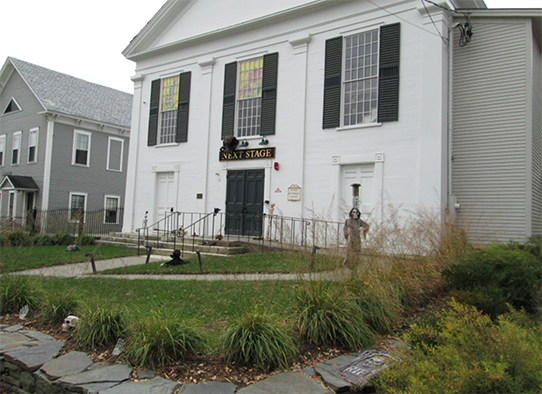 Keith believes people are craving for a community experience more than ever since the lockdowns took place, and it makes sense. With people experiencing higher rates of depression, loneliness, and suicidal ideation, people yearn for a much-needed escape. If Next Stage continues to successfully reach the community, they could become better known as familiar heroes of Putney.

With unwavering energy and dedication to the further advancement of Next Stage, Keith Marks still has more plans during and after COVID-19. Keith does not just want to only focus on art but wants to reach out and appeal to the community as a whole. He already has several programs in mind to accomplish this.

Programs like the Antiracist Book Club, the American Red Cross blood drive and a live stream fundraiser to support both the NAACP and the Social Justice Center, to name a few. He also intends to attract musical acts within the genres of roots and blues. But Keith’s plans do not just revolve around Putney alone, as he emphasizes “larger projects that have statewide and region-wide significance.” He plans to spread the Next Stage intrigue to all of Windham County and beyond. “I am moving in that direction to grow the impact and the connections outside of just this immediate geographic area,” Keith stated.

It seems history repeats itself in strange ways. Fire, water, and wind gave life to Next Stage, morphing an idea into reality. Now a disease spreading like wildfire has pulled eyes back to the same concept of communal healing, reparation, and resilience that ultimately gave birth to Next Stage a decade ago.

It is safe to say that if Executive Director Keith Marks triumphs in his position, Next Stage will continue to grow for years to come, prospering despite any disaster that befalls the Putney community. Ready to face any challenge, Putney’s Next Stage will soldier through any tragedy – yes, even COVID-19 – converting them into mere footnotes in its wake.

To learn more about Next Stage and its various upcoming programs, please visit www.nextstagearts.org.

Additional photos from Next Stage Arts