Halloween is upon us 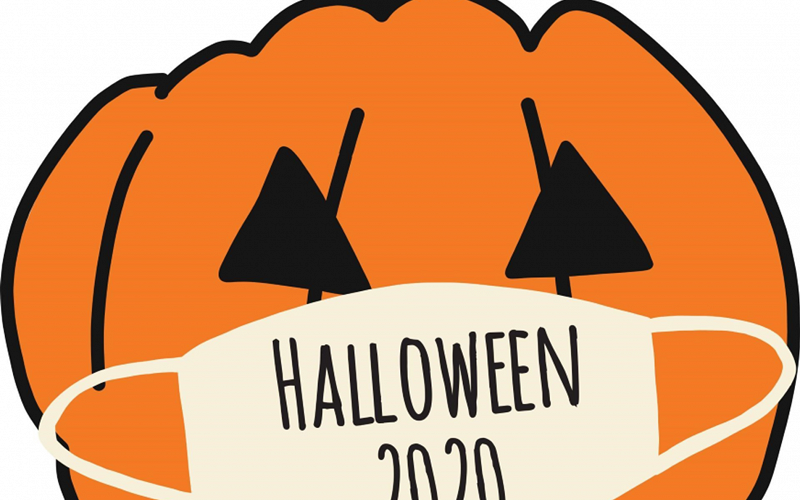 6 Things to do During this Socially Distant Halloween

Halloween is upon us. Not only is it a celebration of all things spooky and scary, but it is one of the most chill holidays out there. Unless you’re dressing up or hosting a party, you aren’t expected to do very much, just relax and enjoy the spooky as much as you wish.

However, Halloween will be different this year. It will be more isolated. We’ll suspiciously scan others for signs of COVID, like a mystery-slasher brought to life and imposed on a grand scale. To combat this, here’s a list of things you can do alone on the spookiest night of the year. To aid you, I will not just write a recommendation, but also list whether something is spooky (for children and/or not supposed to be scary,) scary (typically has blood, gore, jump scares, and minorly frightening themes) and/or disturbing.

If you want to hang out with your friends safely, but don’t want to mask up, video games will be king. The two Left 4 Dead games are particularly great as it pits you and three other friends against wave upon wave of ravenous dead.

Of the two, I would recommend the second one as it is the most updated. It even has a new update coming out! The only problem is that it isn’t available on any console except the Xbox 360. However, it is from 2009 and should run on your school-issued laptop without too much trouble.

I feel weird about recommending this one. I watched half of the first episode, then stopped. Not because it was bad. If anything, it was too good. Not because of the gore - there was none. Not because of any traditionally disturbing content, either.

I stopped because it got in my head. The story of a comedian slowly destroying his life in order to bring himself fame was one of the most chilling things I had ever experienced. Even without any of the blood stereotypically associated with horror, I found myself feeling physically ill. If you want to stare into the abyss, I wholeheartedly recommend this show. Just expect the abyss to stare back.

I specifically recommend the episodes “Zombie Isle” or “The Witch’s Ghost,” but there are so many good works from this show that it’s hard to go wrong. Also, right now, the idea of bad guys from scam artists to the occasional monster being taken down by a few meddling kids the age of Landmark students is incredibly empowering. Just avoid anything live-action or featuring Scrappy-Doo, and you should be golden.

There’s something especially frightening about a horror movie where most of the characters are intelligent. With Laurence Fishbourne as a captain of a rescue crew investigating the titular spaceship, things get very spooky as it becomes obvious that the ship brought back something with it.

Only one person on board, the Event Horizon’s designer, seems to not believe that something else is aboard the ship. There seems to be something blinding this supposedly objective scientist, however, leading to a violent confrontation between Fishbourne and Neil’s characters.

A claustrophobic tale of demons, sexuality, family secrets, and the lengths people will go to for survival and pleasure. The film opens with a man obtaining a strange puzzle box, after opening it in his family home. Naturally, things go bad for him. Then the film cuts to his brother, his wife, and his adult daughter moving in and awakening the man. Yet this formerly dead man returns with a need for blood. Lots and lots of blood.

Trigger Warning: On top of the gore, there’s sexual assault and psychological manipulation. It’s used both to comment on society and to gross out the audience.

A take on zombies in a galaxy far, far away. Centered mostly on characters that only appear in this book (though some familiar faces make a welcome surprise), the story follows Imperial prisoners and guards as a mysterious illness from an abandoned Star Destroyer raises the dead. What follows is an expert blending of what you expect from good Star Wars (whichever part you love) and the more supernatural side of zombies.