As the first college established to serve students with learning disabilities, Landmark College has a unique and vibrant history. 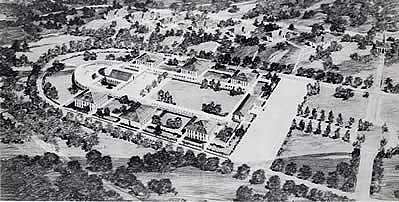 Landmark College pioneered an entirely new postsecondary vision for students with learning disabilities when it first opened its doors in 1985. Since then that vision has evolved to include other students who learn differently: those with ADHD or ASD.

The Landmark College Archives chronicles the College's growth and evolution. It also looks beyond the beginnings of Landmark College to the design of its campus in 1962 by noted architect Edward Durell Stone for Windham College, which occupied the campus until its closure in 1978.