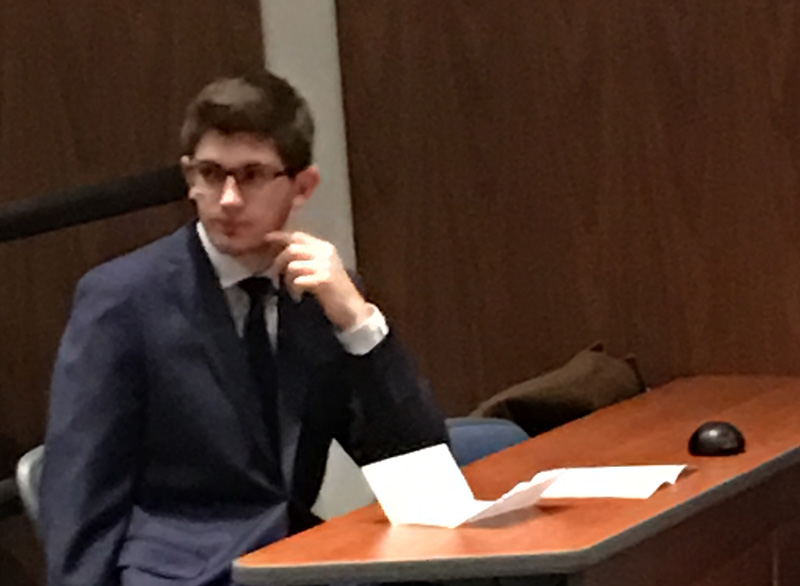 "Mark is confident and fun-loving and deserves the credit for all these achievements. But it is the experience he has had at Landmark College that has helped him grow into the wonderful young man he has become.”

Lisa and Steven Broomer were struck by the certainty with which their son, Mark, said these words. They had just returned to their car after spending a day touring Landmark College and, naturally, they wanted to know his impressions of the school. Lisa remembered then asking her son what made him so certain it was the right place for him.

“Because I’m not different here—I’m just like everyone else,” Mark replied, and that short conversation marked a change in the storyline of their son’s life. 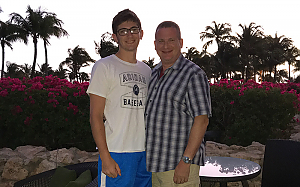 Mark had been diagnosed with ADHD in the third grade, thanks to a teacher who risked her tenure to tell Steven and Lisa they should have him tested. They also found a doctor who was able to make an immediate connection with Mark and who guided the family through his childhood and adolescence. Even with this support, however, Steven and Lisa tried desperately to deal with the social issues that so often plague children with ADHD.

As Mark grew older, he became more withdrawn from social life. Academics were never a problem--he was accepted to a prestigious traditional university, but the experience did not go well, socially or academically. After a year, Mark was returned home, leaving his family quite anxious about what was next.

Steven said he began look into what Landmark College was all about after hearing a radio commercial. His research eventually led to the campus visit and Mark’s declaration of intent from the backseat. Over the course of the next two years, Mark’s parents saw the difference Landmark College was making for him.

Mark played baseball, basketball, and soccer and won the Male Athlete of the Year Award in 2016-17. He was the student speaker at the President’s Reception during a Parents’ Weekend. He tutored math, gave tours to prospective students as campus ambassador, and served as an RA.  All this while staying on the Dean’s List and maintaining a job at the gym on campus. 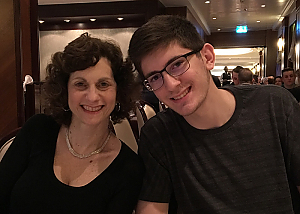 “Mark is confident and fun-loving and deserves the credit for all these achievements,” said Lisa. “But it is the experience he has had at Landmark College that has helped him grow into the wonderful young man he has become.”

Lisa echoed Steven’s sentiment in encouraging others to support Landmark College. “We cannot imagine what our lives would have been like without Landmark College, and we want to do what we can to give other students the same opportunity to attend. Each student has a different story, but all students, family and friends share a special place as members of the Landmark community.”