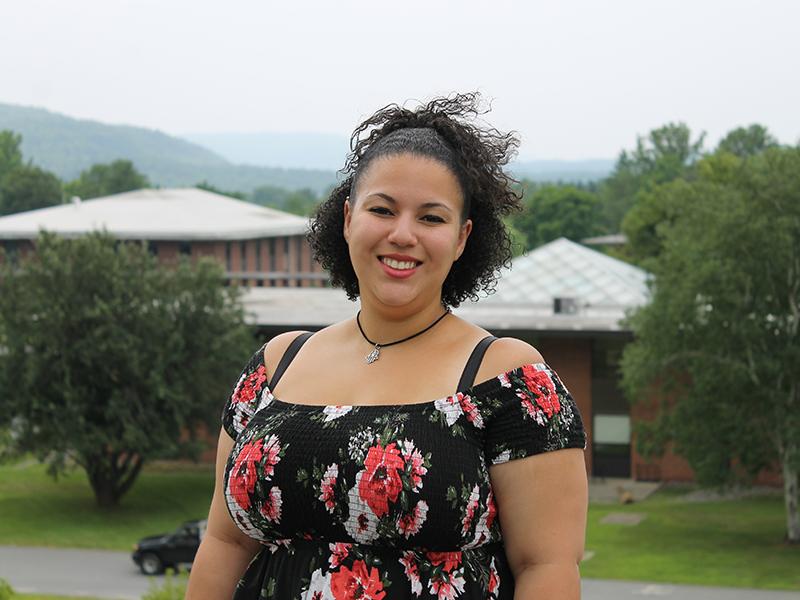 “LC gives people like me, who have been judged and challenged for so long, a fighting chance to succeed.”

Alumna Shoshana Conley ’19 gives back to Landmark College because it’s the first place she felt accepted for who she is: a multiracial woman who is part of the LGBTQ+ community, and who happens to have a learning disability.

Speaking to new students at LC’s convocation ceremony in August 2019, Shoshana referenced a quote often attributed to Albert Einstein: “If you judge a fish by its ability to climb a tree, it will live its whole life believing it is stupid.” 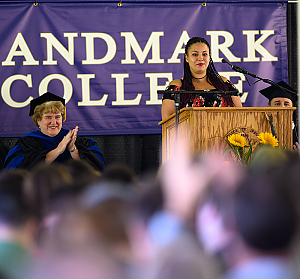 “Society judges us based on our learning differences, how we perceive the world, and how we express ourselves,” Shoshana says. “All of us have a ‘fish story,’ but instead of being a fish who couldn’t climb a tree, I landed in a beautiful ocean called Landmark College! I’ve been able to swim farther than I ever expected.”

Like most LC students, Shoshana had struggled in school for years. In particular, reading and writing were difficult because of Shoshana’s diagnosis of dyslexia. Teachers and guidance counselors didn’t always recognize her needs or offer support.

“A high school guidance counselor told my parents they should prepare for me to be a community college dropout,” Shoshana says.

After enrolling at Mission Middle College (part of the Santa Clara, California, Unified School District and now called Mission Early College High School), Shoshana found two sympathetic teachers who had faith in her and who recommended applying to LC. She followed their advice and was accepted.

“I could see the joy on my mother’s face when I opened the acceptance letter!” she says. “We knew this college would give me the skills and help I needed to succeed.”

Shoshana arrived in 2015 and earned an Associate of Arts in Liberal Studies two years later. She moved back to California but soon felt pulled back to Vermont and the accepting atmosphere of LC. She decided to return for her bachelor’s degree.

“When I was going for my A.A., I didn’t think I would continue college after that. But with support, I was able to come back for my B.A.” She’s on track to graduate in 2021.

Shoshana found many opportunities at LC – she became a resident assistant, an intern with the Office of Institutional Advancement, and a volunteer with the Centers for Diversity and Inclusion, among other extracurricular activities – that she feels compelled to make sure others receive the same opportunities.

“LC gives people like me, who have been judged and challenged for so long, a fighting chance to succeed.”