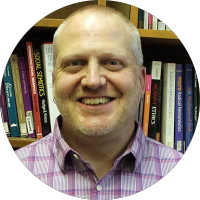 None of the vital, pressing social, economic, political, or environmental challenges confronting us today can be met without the critical insights, methods, and conceptual resources of the humanities and liberal arts. Employers also value the skills and capacities of students graduating with degrees in these areas. Recognizing this, my teaching is informed by the conviction that undergraduate education requires more than access to information—it requires that we transform the ways we know and act in the world and in relation to one another. This conviction is at the core of my teaching and informs all the courses I teach at Landmark College, which explore some of the most vexing and intriguing issues confronting today’s students, providing a forum for honest inquiry and critical explanation. My aim is to equip all my students, of all backgrounds, abilities, and identities, with the resources they need to understand and actively engage the world as the capable, dynamic, versatile citizens we so desperately need.

The Myth of Normative Secularism: Religion and Politics in the Democratic Homeworld. Dusquesne University Press, 2016.

Pure Christian America: "Purity" as a Concept for the Critical Analysis of Contemporary Christian Nationalism in the US. Roundtable for the 2020 North American Association for the Study of Religion annual meeting. Roundtable organizer and participant.

Fear of the Democratic Goat-Stag: Populism, Social Dysphoria, and the Fantasy of the Integral Body Politic. Invited paper. “The New Populism and the Politics of Dissensus: A Symposium.” Indiana University at Kokomo, March 29 – 31, 2018.

The Emerging Demos and Shifting Boundaries: Why a Radically Democratic Social Imaginary Cannot be Normatively Secular. Sixth International Conference on Religion and Spirituality in Society, “Religion in the Age of Anthropocene: Towards a Common Cause?” The Catholic University of America, Washington, DC, March 22 – 23, 2016.