Universal Design for Instruction and Learning: Where is the Evidence?

Increasing numbers of students with disabilities in higher education have served, in part, as a catalyst for reexamining access and instruction in colleges and universities. As a result, there have been calls for the use of evidence-based instructional practices in higher education to ensure that all students can benefit from postsecondary education (Dukes, Faggella-Luby, Lombardi, Madaus, & Gelbar, 2017; Shaw & Dukes, 2013).  Universal Design related to instruction and learning (UD-IL) in postsecondary education is a widely referenced practice often regarded as evidence-based. In fact, Universal Design for Learning (one of several UD frameworks applied to education) is included in the Higher Education Opportunity Act of 2008 (Edyburn, 2010). It is defined in the legislation as “a scientifically valid framework for guiding educational practice” (P.L. 110-315; §103(a)(24)). However, several scholars of UD-IL have suggested that while it is certainly a promising practice, it has not yet reached the level of being worthy of the label “evidence based” (McGuire, 2014; Roberts, Park, Brown, & Cook, 2011).

With this in mind, Landmark College’s Lead Education Specialist Dr. Adam Lalor and his colleagues from Texas Christian University, the University of Connecticut, and the University of South Florida, St. Petersburg conducted a literature synthesis that reviewed empirical articles on UD-IL models specific to postsecondary settings and matriculated students with disabilities. A primary goal was to understand the extent to which UD-IL is an evidence-based practice. 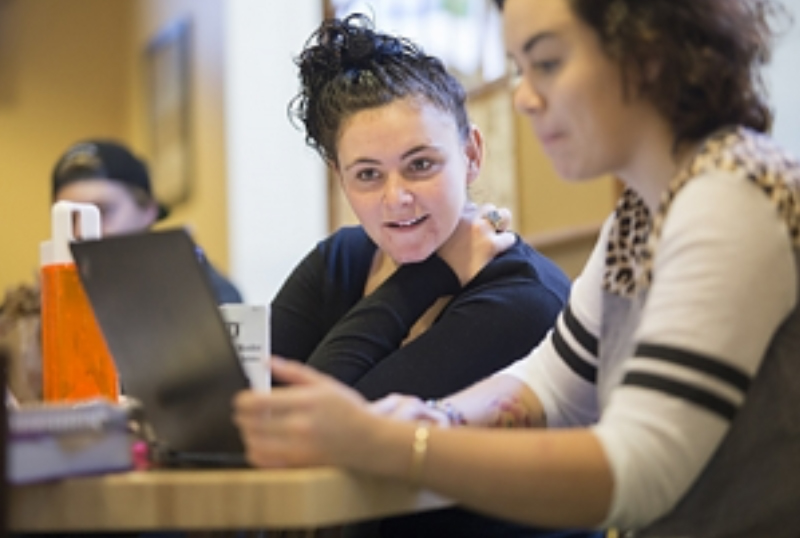 A comprehensive literature search was conducted of articles on higher education and disability published between 1955 and 2015 and only 106 articles were found to exist on Universal Design as applied to higher education. Not surprising is the fact that a paucity of empirical research exists on this topic.  Moreover, articles that investigated interventions utilizing group designs (n=3) represented only 7% of the total, thus indicating that 93% described the attitudes/perceptions of students and/or faculty/staff members concerning UD-IL. Given the limited literature base and the dearth of intervention studies, UD-IL cannot be considered an evidence-based practice. With that said, just because the UD-IL cannot be considered an evidence-based practice, it does not mean that UD-IL is not effective. Clearly, more research is needed in order to confirm or disconfirm the efficacy of UD-IL.

Based on the findings of this study, it is hoped that educators and researchers will take steps to collect data and publish findings on UD-IL. Hopefully, with additional research we can confirm what many of us have long believed—that UD-IL is a powerful educational framework. Still, even if the data suggests that UD-IL is not effective in practice the philosophy of UD-IL has value. As defined by Ron Mace of the Center for Universal Design (CUD) universal design is “the design of products and environments to be usable by all people, to the greatest extent possible, without the need for adaptation or specialized design” (CUD, 2008, p. 1).  Thus the philosophy of UD-IL can be thought of as striving to proactively create instructional and learning environments that are accessible to the greatest number of learners possible, without the need for accommodation and/or modification. Although this is not always possible, it can serve as the ultimate goal of our educational practice.

To read the full article, please check out the following link:

Edyburn, D. L. (2010). Would you recognize universal design for learning if you saw it? Ten propositions for new directions for the second decade of UDL. Learning Disability Quarterly, 33(1), 33-41.