Mix it Up to Make it Stick: What Research Says about “Interleaving” 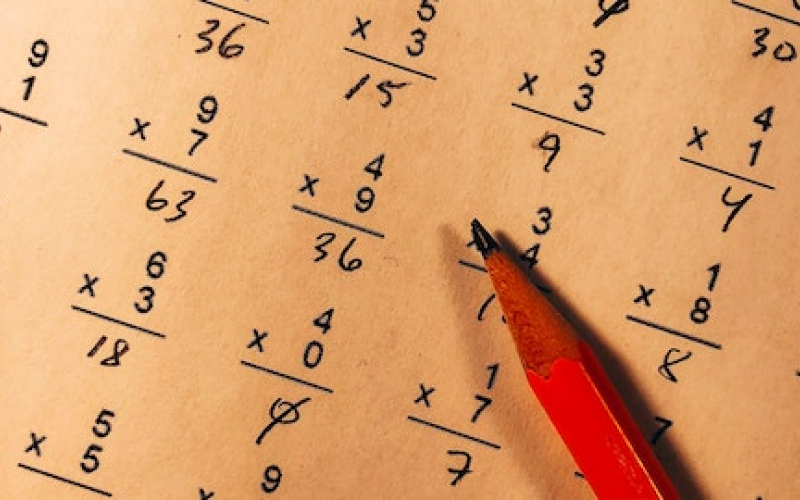 How many of us remember the formula for solving quadratic equations, or how to structure a proof in geometry, or how to balance chemical equations? Some of us may, but I’m willing to bet that many have long forgotten these skills. At the risk of oversimplifying, the overarching goal of any instruction is for students to learn information and to retain this information over a considerable time period. Now, expecting every student to remember the quadratic formula for decades is a high bar, but we do want the knowledge and skills we teach to stick with our students beyond the walls of our classrooms. Luckily, psychological and educational research have uncovered techniques and strategies that can help. However, many of these variables and conditions that aide retention of information in the long-term often create more difficulty at the time of learning. These are sometimes referred to as “desirable difficulties,” a phrase first coined by the researcher Robert Bjork in 1994 (Bjork, R.A., 1994). This refers to the increased effort and/or decrease in immediate retention of the information in the short term, but better recall of information or a skill in the long term.

One example of a desirable difficulty is the “interleaving” of information, that is, alternating between types of information — whether it be subject areas, topics, or problem types — instead of presenting them in an isolated fashion (i.e., “blocking”), which is the intuitive and much more common approach. In a typical college course, individual topics are presented one at a time in a linear fashion. For example an introductory Algebra course may begin by teaching students how to solve simple linear equations, and then move on to increasingly complicated problems involving inequalities, functions, and quadratics. After learning how to solve these types of equations in class, students are often asked to solve many problems of the same type on their own to achieve mastery. However, considerable laboratory evidence supports alternating between problems that offer worked solutions versus problems that require students to solve themselves.

This idea might appear counterintuitive, as one might predict completing ten problems would produce better outcomes than alternating between studying five solutions and completing five unsolved problems. It is well-established however that interleaving practice on different types of motor tasks, in other words tasks involving coordination of muscular movements (typically of the hand), improves learning compared to blocked practice, where practice on the same type is repeated (Dunlosky, Rawson, Marsh, Nathan, & Willingham, 2013). In an early demonstration of this, baseball batters practiced hitting three types of pitches (fastball, curve, change-up) in either a blocked or in random sequence. At a later test where pitches were delivered in random sequence, as they would in a game, more hits were recorded by the group that practiced hitting pitches in an interleaved fashion (Hall, Domingues, & Cavazos, 1994).

An increasing number of studies are demonstrating similar findings in higher level cognitive tasks, including academic work. For example, students in a computer science course were divided into two groups; both were given six example problems and six problems to solve on their own. One group was given the all the examples beforehand, the other alternated between examples and problems. The group receiving practice and solutions in an interleaved manner completed the problems faster and performed better on a post-study test (Trafton, Reiser, & Trafton, 1993). Other examples abound of better performance with interleaving solved and unsolved problems, such as from studies with introductory algebra problems and middle school mathematics problems; moreover, studies from both laboratory and classroom settings have replicated these effects, as cited by Pashler and colleagues (2007).

A series of landmark studies done by Rohrer and colleagues took the idea of interleaving a step further by interleaving types of problems, not simply solved versus unsolved problems. In one study by Rohrer and colleagues (2015), 126 seventh-grade math students were given problems asking them to either graph linear equations (of the form “y = mx + b”) or to find the slope of a line passing through two points. Students were assigned 12 of each type of problem. Mean test scores were higher when problems were interleaved compared to repeating the same type of problem, for both an immediate test and a longer interval test. Not only does this study further support interleaving practice for improved performance, it is one of a few studies supporting this finding in a classroom setting. Further, it suggests the effects of interleaving are robust, as a 30 day delay resulted in very little forgetting and much higher performance than blocked condition (Rohrer, Dedrick, & Stershic, 2015).

It is not entirely clear the mechanism(s) behind why interleaving produces such benefits. However, two likely components are at work. One is interleaving inherently spaces learning instances out in time. Distributed studying (spacing studying sessions over time) is another so-called desirable difficulty and is backed by many classroom and laboratory studies showing improved retention compared to massed practice (i.e., “cramming”) of material (Pashler et al., 2007). However, studies have also shown interleaving effects to be independent of such spacing effects (as cited in Dunlosky et al., 2013). The other likely reason interleaving is beneficial is these conditions is due to the fundamental contrast different problem types present. This requires the student to make a judgement, in other words they have to choose from numerous solution strategies on each problem. The idea is that such practice requires, or at least encourages, additional organizational processing during practice in order to efficiently discriminate between problem types. This ultimately leads to the development of a stronger concept of the skill or idea being practiced. Another hypothesis suggests the effects are due to additional memorial processing occurring during interleaving. Alternating problem types requires retrieval from long-term memory of the appropriate solution, whereas during blocked practice the relevant rule can simply be maintained in working memory. The former is an instance then of “retrieval practice” — which is the well-documented finding that the act itself of trying to recall information will improve later retention of that information (this is the basis of the “testing effect,” another desirable difficulty and highly robust finding).

Although I have focused mostly on mathematics so far, it should be noted that similar benefits have been found across domains, such as memorizing painting styles, bird classification, engineering problems involving diagnosing system failures, and diagnosing medical issues based on electrocardiogram readings (just to name a few). That said, it does appear the strongest and most robust effects have thus far been demonstrated in the field of mathematics.  But evidence suggests interleaving is beneficial even when problem types are superficially dissimilar within a subject area, for example proportion, linear equation, and graphing problems within mathematics (Rohrer et al., 2015).

It should be stated though that not all studies of interleaving have shown statistical improvements compared to blocking. Moreover, questions remain as to how much initial learning of new material should first involve blocked practice before moving to interleaved practice. Other unanswered questions include guidelines for how much interleaving, over what time period, is optimal. Similarly, the potential interaction with the difficulty of the material, especially as it relates to individual student ability, is relatively unknown. In short, the interleaving technique is an underexamined technique, but holds remarkable promise as a pedagogical strategy. Particularly lacking are studies done involving students with learning differences, which further validates the need for the more research in this area, something that is currently underway at Landmark College. Stay tuned for the results!