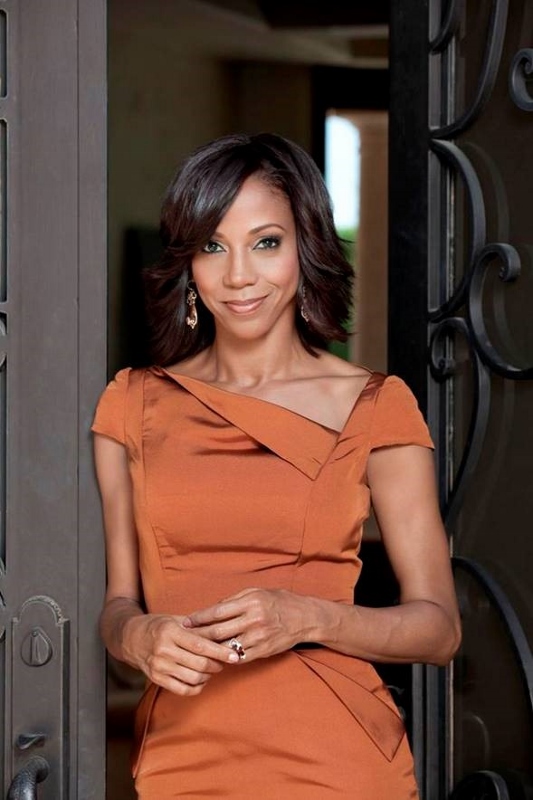 NEW YORK, N.Y.--On April 19, 2016, Landmark College will host the gala event “Unlocking Futures” to raise charitable support for student scholarships. The event will be held at the Bryant Park Grill, a scenic location situated between the New York Public Library and Bryant Park. Actress and activist Holly Robinson Peete (pictured at right) will speak at the event, which is expected to draw 200 guests. The evening starts at 6 p.m. and includes dinner, speakers, and a Fund-A-Need auction.

“The Landmark College educational model is a premium model, with the highest level of support for learning found in higher education,” said Dr. Peter Eden, president of the College. “Because the model is costly to run, the generosity of others gives access to deserving students for whom college might otherwise have been out-of-reach.”

“We will make new friends at this event and introduce them to Landmark College,” said Ellen Smith, vice president for Institutional Advancement. “Scholarship support is crucial for making higher education accessible to families,” she said. “An additional benefit is that we will bring people together who care about our mission.”

A highlight of the evening will be student guests who will talk about their aspirations and what scholarship support has enabled them to achieve. Make your reservations for the April 19 gala here.

Guests can support Landmark College in many ways, from purchasing a ticket to the fundraiser to making scholarship donations via the Fund-A-Need auction, emceed by Landmark College alumni Aaron Wolf and Mark Gessner. Guests will have the opportunity to raise their paddles to support tuition, laptops, study abroad, textbooks, and more.

Vacation incentives will be given to those who pledge support for full and half tuition. A week in St. Martin will be given to the donor who pledges $50,000, and a ski weekend and a New England arts weekend are available for pledges of $25,000. All levels of support are welcome and appreciated.

Actress, author, talk show host, activist, and philanthropist Holly Robinson Peete will speak at “Unlocking Futures.” She and her husband Rodney Peete live in Los Angeles with four children, ages 10 to 18. Robinson Peete has starred in multiple successful television series, including 21 Jump Street, Hangin’ With Mr. Cooper, For Your Love, One on One, and the upcoming For Peete’s Sake on the OWN network.

In 1997, Robinson Peete and her husband, former NFL quarterback Rodney Peete, formed the HollyRod Foundation, inspired by her father’s battle with Parkinson’s disease. The mission of the HollyRod Foundation expanded to support autism in 2005 when her eldest son was diagnosed. Her autism advocacy extends to her book co-written with daughter, Ryan Elizabeth Peete, My Brother Charlie (Scholastic), a children’s book about autism from the sibling’s perspective. The children’s book Same But Different will be released in spring 2016.

Aaron Wolf is a director, actor, and writer based in Los Angeles and the founder of Howling Wolf Productions. Wolf's narrative films include the award-winning Guest House, starring Michael Gross and Heather Lind, and The Walk, starring Wolf and the Oscar- and Emmy-nominated Peter Riegert. Currently, Wolf is in post-production on the feature film TAR, a thriller about an ancient creature that has been living within the La Brea Tar Pits who is awakened by the nearby construction of the Los Angeles subway. Oscar nominees Timothy Bottoms and Graham Greene star alongside Wolf and Max Perlich. Wolf is currently releasing Restoring Tomorrow, a passion project four years in the making, which chronicles, among other things, his reconnection to his roots.

Mark Gessner is a New York-based actor and comedian and a damn proud alumnus of Landmark College. After leaving LC and armed with LC skills, he pursued a career in on-camera commercial and voice-over work and then parlayed it into film and TV. Mark has appeared in such television shows as Orange is the New Black, Benders, and Law and Order, to name just a few, and he is set to appear in Alec Baldwin's next feature, Drunk Parents. Mark does not play one of the parents and does not approve of drunk parenting.

Married with three children, Mark is a fan of gratitude, kindness, and the New York Rangers.