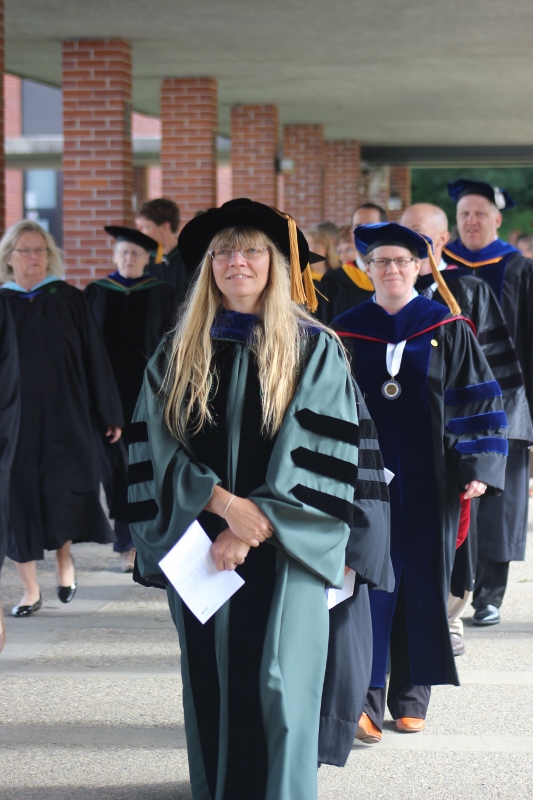 Faculty process through the colonnade at the start of Convocation

The importance of relationships, diversity, and hard work were prominent themes at Convocation. “Success stories abound at graduation,” said Dr. Peter Eden, Landmark College President. “Those stories always include an important relationship, so stay connected.” Eden also encouraged students to take advantage of activities outside of class, including study abroad opportunities, internships, and athletics. “This is not dress rehearsal,” he said. “This is your chance.”

The president spoke about the importance of having respectful discussions about culture and race relations at this college and colleges across the country. “This is the place for neurodiversity, but we also want it to be the place for diversity overall. Colleges must get better at talking about all kinds of differences.”

Alexis Bird, a current student enrolled in the B.A. in Liberal Studies program, continued the theme of diversity. “I never had above a C in math, and countless special education teachers said I was a failure,” she began. Bird’s academics turned around at Landmark College. “What I learned here is that I think differently. We all think differently, and it’s wonderful.” 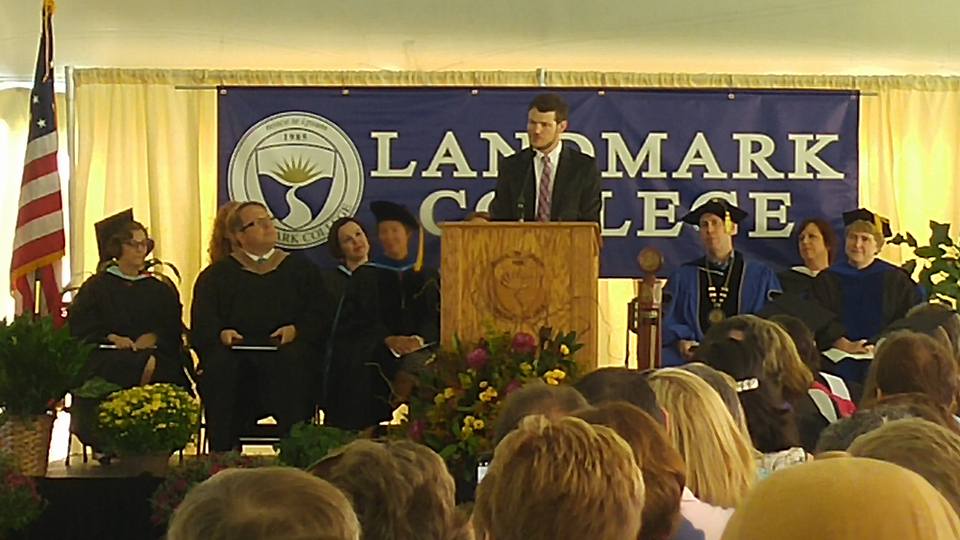 “You’re members of an amazing and global alumni,” said Austin Hunt, a 2012 LC alumnus who went on to complete a B.S. in psychology at Sam Houston University in his home state of Texas. Hunt now works at the college as the assistant director of social pragmatics programs and services.

Like Bird, Hunt described a difficult academic history that turned around when he attended a program at Landmark College. “After having a face surgery in high school, I had no awareness and no confidence,” he said. “I sat in the stairwell eating Skittles for lunch every day because I did not know how to interact.” Hunt initially enrolled for “one semester,” and then stayed longer.

When he is asked “What worked?” Hunt says it was a combination of readiness and a supportive environment. “This place dusted off, upgraded, and returned me to my confidence,” he said. “It showed me a path.”

The student and alumnus testimonials were followed by remarks from Kathy D’Alessio, associate professor, and Dr. Gail Gibson Sheffield, vice president of Academic Affairs. Both speakers described institutional values and practices that have made a difference for students like Bird and Hunt.

Founding faculty member D’Alessio described coming to Landmark College 31 years ago as a single mother with a young son. She learned Landmark College’s educational principles from the visionary founder Dr. Charles Drake. Those principles include “making many opportunities for success; avoiding assumptions about what a student cannot do; micro-uniting large tasks; and offering content in different modalities to reach diverse learners.”

D’Alessio linked the earliest College philosophy to today’s “universal design” and “grit,” two influential concepts in contemporary education. Universal design engineers education from the ground up to be maximally accessible to diverse learners, and grit is a student characteristic increasingly tied to success. Both concepts guide the faculty and staff in their work with students. “The principles and beliefs that started this institution are vividly alive today,” she said. 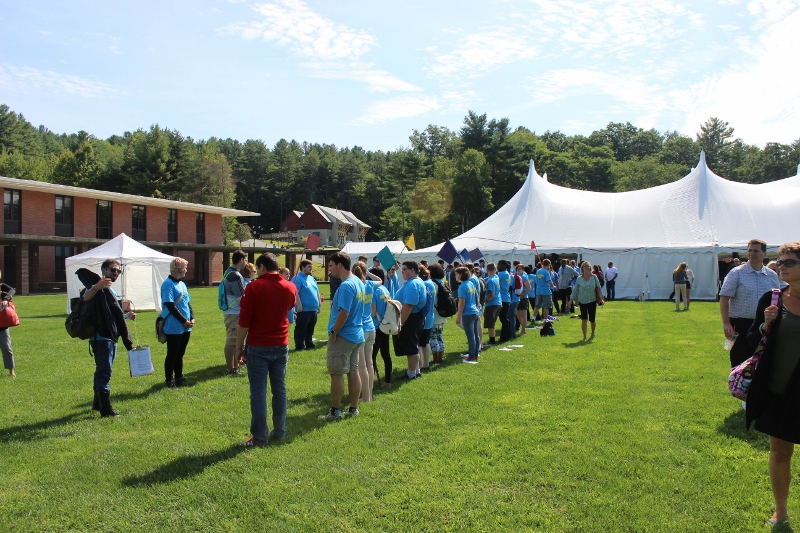 Gibson Sheffield closed the ceremony with an academic charge for students. She described the significance of the coin that students would receive before exiting the event. “I felt the bond when I received my coin,” she said. “'Know thyself' is the motto of the school; your first charge is to construct meaning for yourself,” she said, encouraging students to take charge of their education and continue thinking independently.

She also challenged students to “make college mean more than your GPA,” and “try something new to reach your goals.” Gibson Sheffield’s comments underscored those of Luciani and Eden by cultivating optimism and asserting the core values of the institution, which are respect, understanding, safety, and honesty.

Following the ceremony, the College community gathered for brunch, the last kick-off event for the new semester.  Returning students will continue to arrive over the weekend, and everyone starts classes on Monday, August 29.