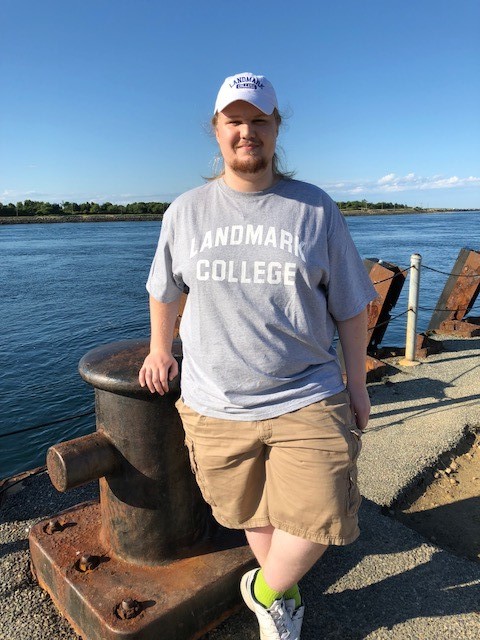 Landmark College has announced that Reece Rountree-Hanscom of Sandwich, Massachusetts, is the recipient of the first Landmark College-HollyRod Foundation Scholarship.

The scholarship was established this year as a partnership between Landmark College, which serves college-capable students with learning differences (including dyslexia, ADHD, executive function disorder, and autism), and the HollyRod Foundation, which was founded by actor and activist Holly Robinson Peete and her husband, former NFL quarterback Rodney Peete, to raise public awareness about autism (as well as Parkinson’s disease).

The award covers full tuition for a student with autism who demonstrates financial need and who has been accepted to one of Landmark College’s bachelor’s or associate degree programs beginning in Fall 2018.

“I never found another place on the planet where I felt so welcome,” said Reece, who first attended Landmark College’s Summer Program for Visiting College Students in 2017. He had previously attended Cape Cod Community College after graduating from Sandwich High School in 2016.

Despite his overwhelmingly positive summer at LC, Reece wasn’t sure he would be able to return as a full-time student because of financial concerns. In his application to the College, Reece wrote, “Ever since my summer session at Landmark, I’ve dreamed of one day returning to your school. As such, I am hoping that there might be a way to help me get there.”

Reece was one of several finalists for the Landmark College-HollyRod Foundation Scholarship, and was ultimately chosen as the recipient by a committee that included LC admissions staff, President Dr. Peter Eden, and Holly Robinson Peete. Reece will enter this fall’s class and plans to pursue a Bachelor of Science in Computer Science.