Al Roker, Emmy-winning weather and feature anchor of NBC News’ “TODAY Show,” as well as the co-host of the third hour of “TODAY,” will receive the Landmark College LD Luminary Award at the College’s 2020 fundraising gala, “Rising to the Challenge,” at Tribeca Rooftop in New York City on April 21.

The funds raised by the gala will help increase student access to scholarships and financial aid, as well as career readiness and internship opportunities, while also supporting programs such as study abroad, the Centers for Diversity and Inclusion, athletics and student activities, the Center for Neurodiversity, and more. 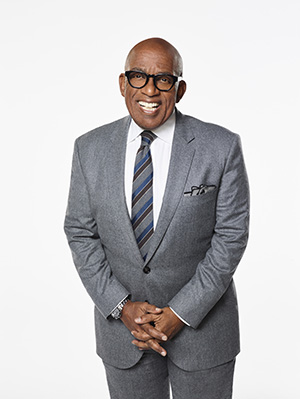 “Rising to the Challenge” is the fourth fundraising gala hosted by the College in New York City since 2014. The three previous galas have raised a combined total of over $2 million for various LC initiatives, including the MacFarlane Science, Technology & Innovation Center and scholarship support for students.

The LD Luminary Award is given to an individual in the public eye who is committed to raising awareness of the prevalence and seriousness of learning differences (LD); has helped to demystify LD by demonstrating that it is not a weakness but more often a strength; has inspired people outside the Landmark College campus to better understand the struggles faced by individuals with LD; and is in a position to stimulate discussion, motivate action, and educate society about the need to affirm the benefits of neurodivergent individuals in education, the workplace, and society.

Al Roker joined NBC News’ “TODAY Show” in January 1996 and is now the weather and feature anchor as well as the co-host of the third hour of “TODAY.” From July 2009 to September 2015, Roker served as co-host of the morning show “Wake Up with Al” on the Weather Channel. Roker has been named Best Weatherman twice by New York magazine. He is a recipient of the American Meteorological Society’s prestigious Seal of Approval and has been a pioneer in the use of computer graphics for weathercasting. Roker has won 12 Daytime Emmy Awards as part of TODAY’s recognition as the best morning newscast. He is married to ABC News anchor/correspondent Deborah Roberts, with whom he co-parents three children.

Roker has written and spoken about his family’s journey with a child who has learning differences. He has noted that stigmatizing labels are frustrating because they do not convey who the whole person is.

For more information about the “Rising to the Challenge” gala, or to purchase tickets, visit https://www.landmark.edu/giving/fundraising-events/gala-2020