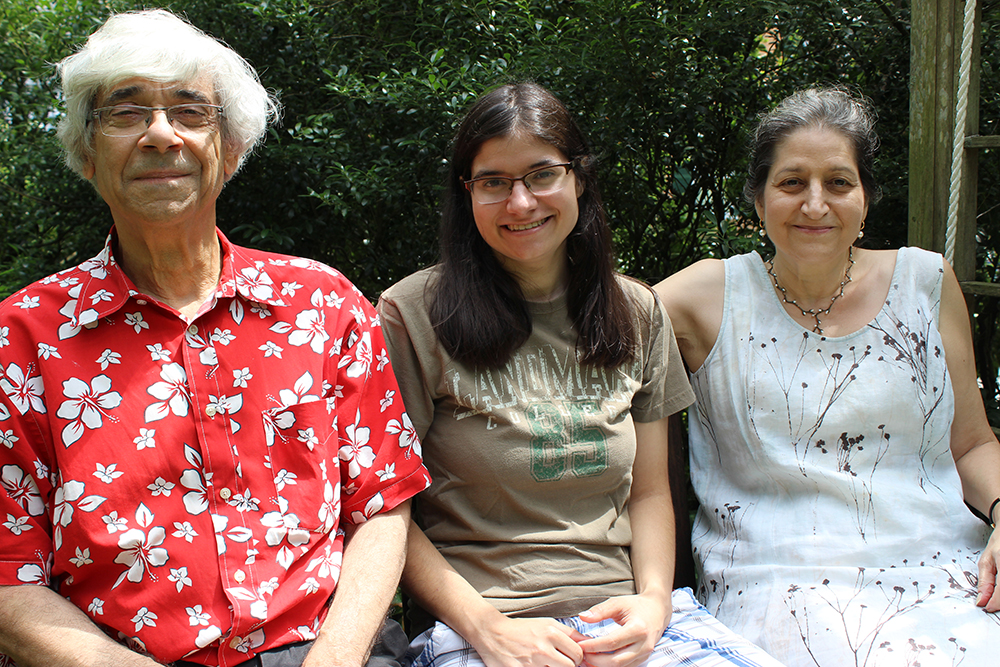 “One of the things that struck me about Landmark College right away was that it had a clear mission, and it was actually working to accomplish it, and it was executing it really well.”

Like many donors, Harold Nahigian and Linda Kaboolian have a personal reason for giving to Landmark College. Their daughter, Jessica Nahigian, spent three semesters here in preparation for attending Bryn Mawr College.

“In twelve months, Jessica just learned so much about how to live on her own, manage herself, and learn from a college environment, that she was ready to go onward. She essentially had enough credits that she was really accelerated. It turned out to be a perfect pairing,” says Linda.

As self-described “academics,” their interest in seeing the College succeed in its mission runs much broader than what it did for Jessica, however, and that’s why they devote their time and energy to the College in addition to their financial gifts.

“I’ve had a bottom-line view of the whole thing, which is Landmark saves lives,” says Harold. “It’s a rare resource. For that reason, both Linda and I have gravitated toward supporting the school.”

Harold is a member of the Landmark Advisory Resource Council (LARC), a group of alumni and parents of alumni that serve as support for families of current and prospective students. It’s an appropriate role, since he was the family member who made the initial visit from their home in Cambridge, Massachusetts.

Harold remembers taking a tour with a student that included a lunchtime conversation, saying “We talked about the campus, programs, her struggles. I recognized this was a very special learning environment, and one which Jessica never experienced. I saw this really as a ladder toward which she could build her college education.”

Fortunately, Jessica shared her father’s outlook. Good grades were never the issue for her, but Harold and Linda weren’t sure she would be able to stay organized and on track in an independent living situation. The Admissions office at Bryn Mawr endorsed the idea of attending LC first, and offered to hold Jessica’s place over to the following year.

The impact LC had on Jessica was swift and significant. Linda remembers visiting her daughter’s dorm room during the Fall Semester Family Weekend and seeing the map of sticky notes lining the wall that outlined Jessica’s weekly schedule and assignments. She said other parents they spoke with during that visit saw similar progress, both academically and emotionally.

“The kids seemed to have healed some of the big wounds they had experienced at other educational institutions,” says Linda. “Landmark had really normalized who they were and had given them space to understand that they were not defective; that they were different; and it had techniques that could help them with the things that were difficult, and help them with abilities that in some ways were the result of being different.”

Linda’s understanding of these education issues stems from a thirty-year career as a professor in the John F. Kennedy School of Government at Harvard University before recently switching into (delete their school of public health) Harvard Chan School of Public Health. During that time, she worked on education reform with school districts all over the country.

“I’ve seen so many failed systems,” Linda says. “One of the things that struck me about Landmark College right away was that it had a clear mission, and it was actually working to accomplish it, and it was executing it really well.”

That admiration for the College has only deepened since Linda joined the Board of Trustees, and when asked what she would say to others about the importance of giving, she pointed to the school’s efficient use of resources.

“I think our nickels hurt because we squeeze them so hard at Landmark College,” she jokes before turning serious. “Even though the individual tuitions seem high, it’s because of that high-touch model. For those dollars, parents are getting the most comprehensive support – emotional, social, and educational – for their kid that occurs on any college campus.”