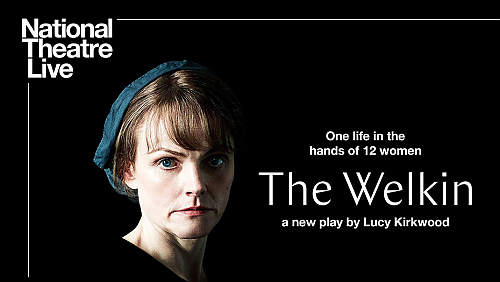 The Welkin is about a woman who is accused of murdering a child. This play takes place during the time of the 1700s.  During this time period, the law of execution was people will get hanged if they committed murder. If a woman who had committed murder was pregnant, however, she would get exiled to a different location. This show is about a woman named Sally Poppy who is accused of murder. She pleads to the women of the jury that she is pregnant, but the women don’t believe her. She must prove to the jury that she is being honest about her pregnancy. Sally runs into all sorts of obstacles proving to the jury that she is pregnant.

A lot of political themes and issues that are relevant in this show have to do with sexism, classism, and prejudice. Sexism plays a big role in this play in numerous ways. As Sally is being tried, she tells the court that she is pregnant. No one believes her because she has committed murder. She admits to it in the court, but they still don’t believe she is telling the truth because they think she is trying to get out of the execution. The fact that they won’t believe her is only part of the issue. Throughout the play Sally faces challenges through the jurors. They put an extensive amount of pressure on her to do strenuous things to her body to prove she is pregnant.  For example, they push her to produce milk for them and they still don’t believe her when she extracts milk. In fact, they push her to have the doctor examine her. He essentially pries open her vagina and examines her insides. This was significantly wrong because it should not be someone else’s right to make you produce milk or get examined by a doctor. Another issue is the fact that the jurors needed input from a man. They didn’t trust their own judgment. The fact that these women are surrounded by men who implicate their power all the time over women can cause self-doubt when they are put in power. Therefore, most of the jurors were choosing to do what was easier rather than what was right. This is an issue because when you are deciding if someone lives or dies there shouldn’t be any sort of preconceived notions or bias or any shred of doubt. On top of this, women were put in charge deciding if people being tried were pregnant or not. This issue with this is that women were given this power because it was assumed that they would know pregnancy better than anyone else.

Another big issue in this show was classism. At the start of the show the audience learns Mr. Coombs, one of the characters, is courting Lizzie Luke, who is supposedly Sally Poppy’s (the girl who is tried for murder) mother. Mr. Coombs is paid money from Lady Wax to kill Sally’s unborn child because she is accused and convicted of the murder of Lady Wax’s daughter. The issue here is that it is easier for Mr. Coombs to take the money from Lady Wax and kill the baby rather than doing the right thing because he needs the money. I understand where Mr. Coombs is coming from although it is not right.  Unfortunately, we live in a world where screwed up systems are put in place where people do horrible things to each other to survive. This issue ties into the issue of prejudice. In the world we live in (we as in this class), people will look at one person or one side in the show we saw, as the villain, rather than considering that everyone is fighting to survive. Fighting to break these systems will help benefit the community and help people to understand that everyone is struggling to survive, rather than attacking them, changing the approach may benefit. This could open many doors and opportunities to make the world a kinder, more forgiving and accepting place.

I thought most of the actors were very talented in this show. To list a few, the actor who played Sally Poppy, Ria Zmitrowicz, did a tremendous job playing her role. She truly became Sally Poppy and felt what she was feeling and lived what she was experiencing in that moment. I also believe the women who played Lizzie Luke, Maxine Peake, did a wonderful job. In my opinion Lizzie was the star of the show. She used the stage as if it were her playground.

In terms of the stage elements, I thought the set was beautiful. The way it began closer to the audience and the deeper we were into the performance, how it got deeper to the stage. This also symbolizes how when the entire stage was revealed we didn’t need any more introduction, we were able to see the issue at hand. There was one stage element that really stood out to me more than anything else. I love the fact that the opening scene included the women doing hard labor and how the last scene they used the significance of Hayley’s comet to emphasize that these issues are still relevant in modern day society and continue to be.

The group learns how to make calabash bowls.