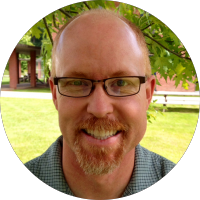 Dr. Brian Young is a forest ecologist addressing questions related to the ecological processes governing the dynamics of forest communities from the leaf to the landscape scale. He completed his B.S. in Biology from Lewis and Clark College in Portland Oregon and his Master’s degree in Biology from University of Alaska Fairbanks, exploring the impact of the eruption of the aspen leaf miner on ecology of aspen trees in the boreal forest of Alaska. He then continued his exploration into forest ecology at the University of Alaska Fairbanks through an examination of the diversity of the boreal forest, its distribution, and impact on ecosystem services during his Ph.D.  He continued his research into the drivers of forest dynamics while working with the U.S. Forest Service Northern Research Station during his postdoctoral work at the University of Minnesota. Over the past five years he has served as an Associate Professor of Natural Science at Landmark College in Putney, Vermont. During this time, besides teaching, he has conducted research exploring the impact of various disturbance regimes on forest regeneration. As a leaf to landscape level forest ecologist, he employs the use and analysis of big data sets and machine learning algorithms to examine a wide range of species and systems. Through all his research endeavors, he has worked and published with undergraduates and graduate level students. In his teaching, he leads student-centered and active-learning courses ranging from Introductory Biology to Environmental Science, Winter Ecology, Forest Ecology, and Sustainability.

Young, B. D. 2013. Forest Land Use Plans for proposed timber sales within the Fairbanks Area. Alaska Department of Natural Resources, Division of Forestry.

The overall goal of my research is to understand the ecological processes governing the dynamics of the botanical aspects of forested communities. I strive to untangle the driving factors of change in natural systems (i.e., endogenous, exogenous or anthropogenic) and to create linkages for the design and implementation of sustainable management.

I hope my research makes a contribution towards a greater understanding of forested ecosystems. I believe that through quantitative analysis and modeling, the dynamic factors that influence forest composition and structure can help in our understanding of the functioning of these vast and botanically rich ecosystems and can lead to adaptation and management strategies. I believe that these goals are ideally suited to the scope of your research program.

My current research interests lie in investigating the effects of botanical diversity on ecosystem function at the stand and landscape scales by using both biological and documental archives (dendrochronology, forest inventory, remote sensing). By focusing on the mechanisms that cause changes in forest botanical diversity through time and across gradients, various forest management scenarios can potentially be evaluated. This field of research is ripe for undergraduate student involvement in that students can be responsible for conducting research, helping to identify conservation priorities using GIS and other analyses, supporting outreach and land protection activities, and coordinating among the collaborators. Collaboration is key to this line of research because its predictions can be improved with more user feedback and through the development of plausible future scenarios.  Working with statisticians, economists, sociologists, and various local, state, and federal land management agencies creates an environment in which sustainable solutions can become a reality.